Technology for earth orbit and beyond.

Space Industry refers to the manufacturing of any element that will leave planet Earth and all the services related to its journey through Space. The three major sectors of the Space Industry are: spacecrafts, ground support equipment and the launch industry. The spacecrafts sector is composed by subsystems manufacturers, software programmers and satellites, rovers and space probes final manufacturers. The ground support equipment sector is composed by mobile terminals, gateways, control stations, VSATs, direct broadcast satellite dishes, and other specialized equipment manufacturers, programmers and operators. The launch industry is composed by launching services and launching vehicles manufacturers.

At Space Robotics we work both in the spacecrafts and in the ground support equipment sectors. In the spacecrafts sector we have a team specialized in CubeSat manufacturing and programming. In the ground support equipment sector we rely on two professional teams to both assemble the hardware of a ground station and design its control software. Additionally we offer the services of an expert team that could write the software to deal with all the data provided by any satellite, rover or space probe; this may include data processing, data bases, big data analysis, machine learning… 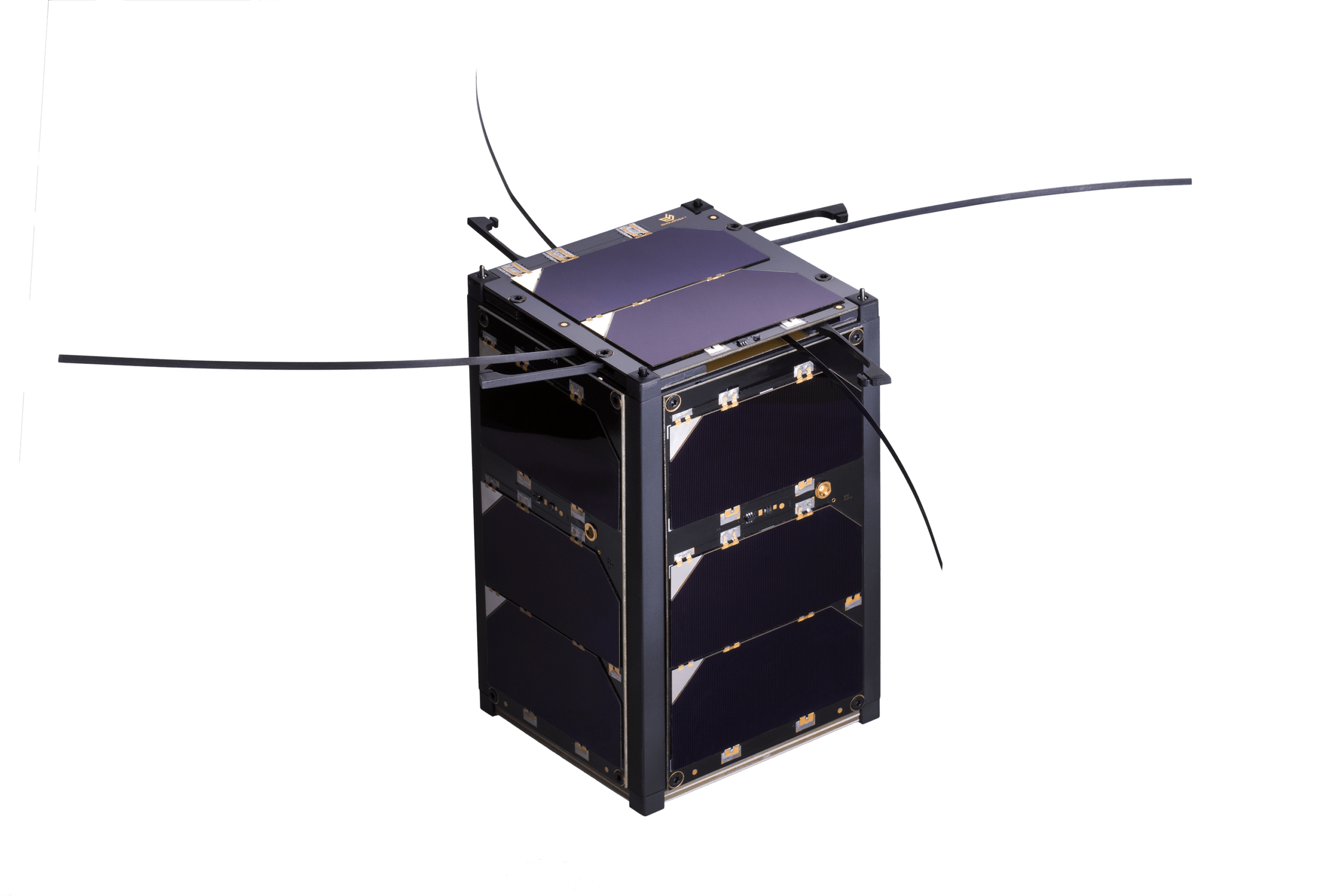 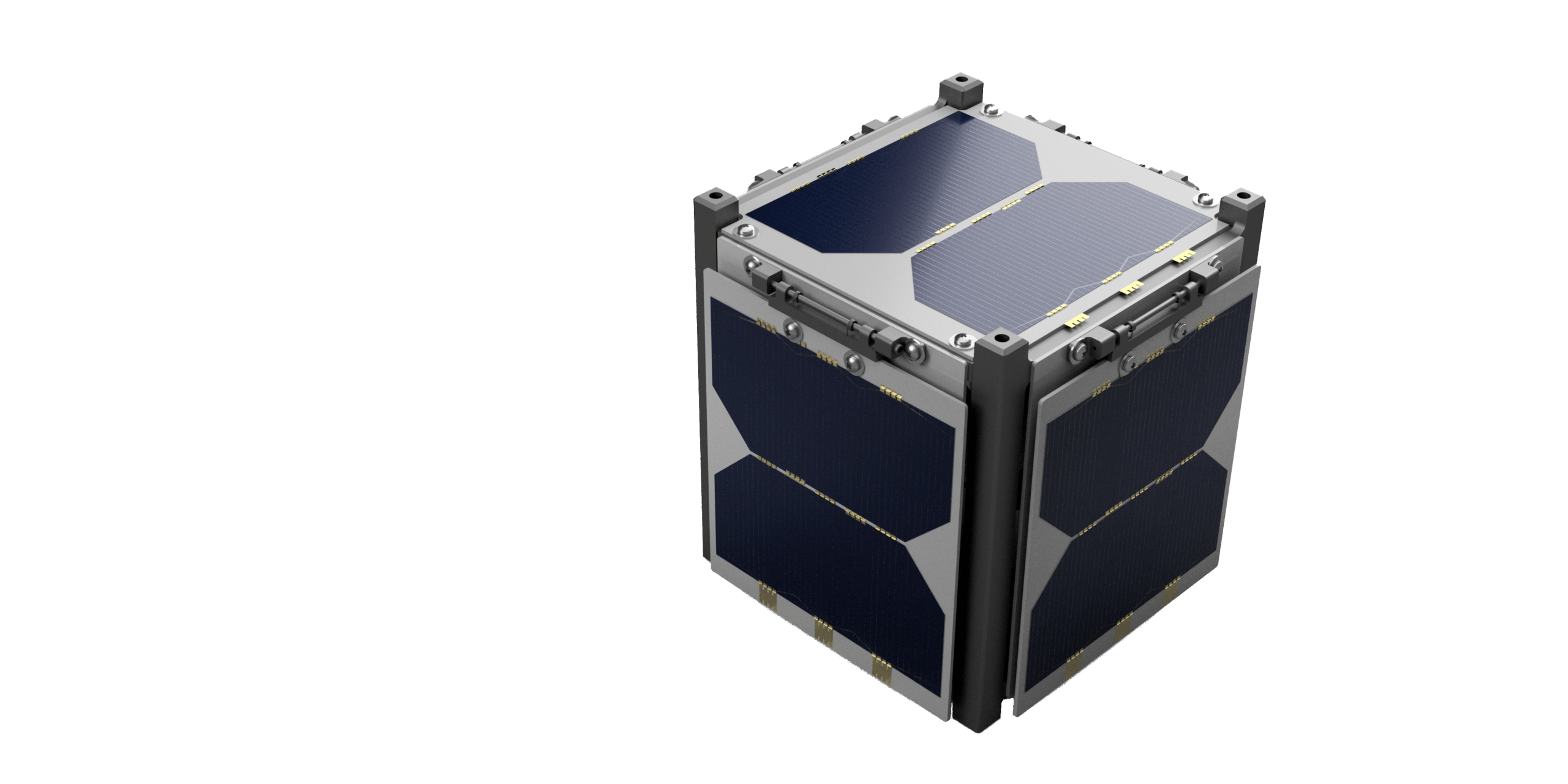 CubeSats are user-friendly nanosatellites for any imaginable purpose. They are made of one single (sometimes a few attached together) cube-like of 10cm wide and no more than 1.33Kg that is put into orbit. The launching services are cheap and there are not many restrictions or bureaucratic processes before launch, this is because CubeSats are included as secondary payload in launches of much bigger spacecraft. Communication with CubeSats can be with a basic ground station that receives the data and sends back commands if necessary. With a relatively small budget, companies and universities can have their own fully functional satellite orbiting Earth. Actually, some CubeSats became the first national satellites of their countries, being launched by universities, the state or private companies.

You may have many different reasons to start thinking about launching a CubeSat. Their uses typically involve experiments which can be miniaturized, for example, some tests, Earth observation experiments, demonstrations of spacecraft technologies that will be used in future larger missions… Also, CubeSats are used for experiments with questionable underlying theories or questionable feasibility, as the low cost of CubeSats justifies riskier experiments. Some CubeSats are communication satellites used by radio amateurs, but most of them just carry small experiments or are used to test new technologies at low cost.

Every CubeSat includes at least to basic systems, power supply communications. The power supply system is usually composed one or more solar cells that convert solar light into electricity and one or more lithium ion-batteries hat provide power during eclipses and during peak load times. The communications system is a radio-communication system that may rely on a single helical antenna, on four monopole antennas or, in some special cases, on a high gain antenna. In any the communications system communicates the CubeSat with an antenna in the ground station. Besides power supply and communications, propulsion and attitude control systems can be implemented as well as scientific instruments and customized experiments or tools. A CubeSat is absolutely customizable. During the design process of any the main challenge is always the 10cm cube size limit, for this many components such as and solar cells are usually deployable and remain hidden before launch.

If you are thinking about launching your first satellite and you still have some doubts, feel free to contact us with the form below.

Of course, the main infrastructure in any ground station is an antenna. But there is much more hardware equipment involved and there are many processes that must be done to transform a weak radio signal from a spacecraft into understandable information. On the other hand, the instructions that are to be send to the spacecraft pass trough many processes too before being send by the antenna. At SpaceRobotics we assemble the hardware and design the control software that communicates the ground station with the spacecraft. We have a team of engineers with experts in telemetry, radio-communications, signal processing and data processing that will provide any service and solution related to this topic.

Satellite, rovers and space probes are frequently sent to collect big amounts of data about Earth, other planets, or about the cosmos that surrounds us. Once the radio signal from the spacecraft is received and decoded in the ground station, the data its stored in hard drives, and lays there waiting to be used. At SpaceRobotics we provide software solutions to deal with all this information: data processing, data bases, big data analysis, machine learning… We can develop any program that will transform your data into accessible useful information. We can create on-line interactive databases. We can design a machine learning software that will learn from the data and improve the efficiency of the spacecraft. Feel free to ask us for any software solution for your space industry related product.

Working towards a way out the COVID-19 alert

Like everyone else, SpaceRobotics.EU has taken extraordinary measures due to the covid_19 sanitary alert. Besides asking all our employees to work on-line from their homes to limit human contact and stop the propagation, at SpaceRobotics.EU we are contributing to...
Leer más

We update our functional robotic scaled model of ESA's ExoMars' Rosalind Franklin rover.     On ExoMars 2020 ExoMars 2020 will deliver a rover and a surface platform to our neighbour planet. Like in the previous ExoMars mission, a Russian...
Leer más

We design and build a functional robotic scaled model of ESA's ExoMars' Rosalind Franklin rover.     About ExoMars 2020 ExoMars 2020 will deliver a rover and a surface platform to our neighbour planet. Like in the previous ExoMars mission, a...
Leer más

Between the 29th and the 31st October 2018, ESA's latest open-to-the-public Space-Industry event took place in Bilbao (Spain). The "Space for Inspiration" international conferences, exhibitions and meetings presented a fresh view on the Space Industry to anyone...
Leer más

We are proud to announce that our collaboration with the European Space Agency is bearing fruit and a two-minutes-long video displaying Rosetta's final images before programmed impact on comet 67P/Churyumov–Gerasimenko has already been released. It took several weeks...
Leer más

We have recently assembled the software for a completely new space-related project: TBT, a robotic telescope that will look for unidentified objects close to Earth. Within ESA's SSA and GSTP programmes the TBT project was born in 2012 to detect and keep track on NEOs....
Leer más

We install a robotic telescope at NASA's Madrid Deep Space Communications Complex (MDSCC). The telescope can already be remote-controlled during observations and it will be fully-automatic at some point in the future. The MDSCC located in Robledo de Chavela has a new...
Leer más

NASA's MDSCC's antennae are not only used to contact distant space probes. Radioastronomy investigations also fit in the crowded timetable of these huge instruments. Recently, we have updated the software needed to use one of these telecommunications devices as...
Leer más

Under contract with the SMOS team, we have developed various visualization tools of the SMOS satellite. Most of them are in 3D, some of them are dynamic, others are responsive and a couple of them are public. ESA’s Soil Moisture and Ocean Salinity (SMOS) mission is...
Leer más

We provide an event logger tool for ESAC's SMOS Satellite DPGS software. ESA’s Soil Moisture and Ocean Salinity (SMOS) mission is dedicated to making global observations of soil moisture over land and salinity over oceans. Although other applications have recently...
Leer más