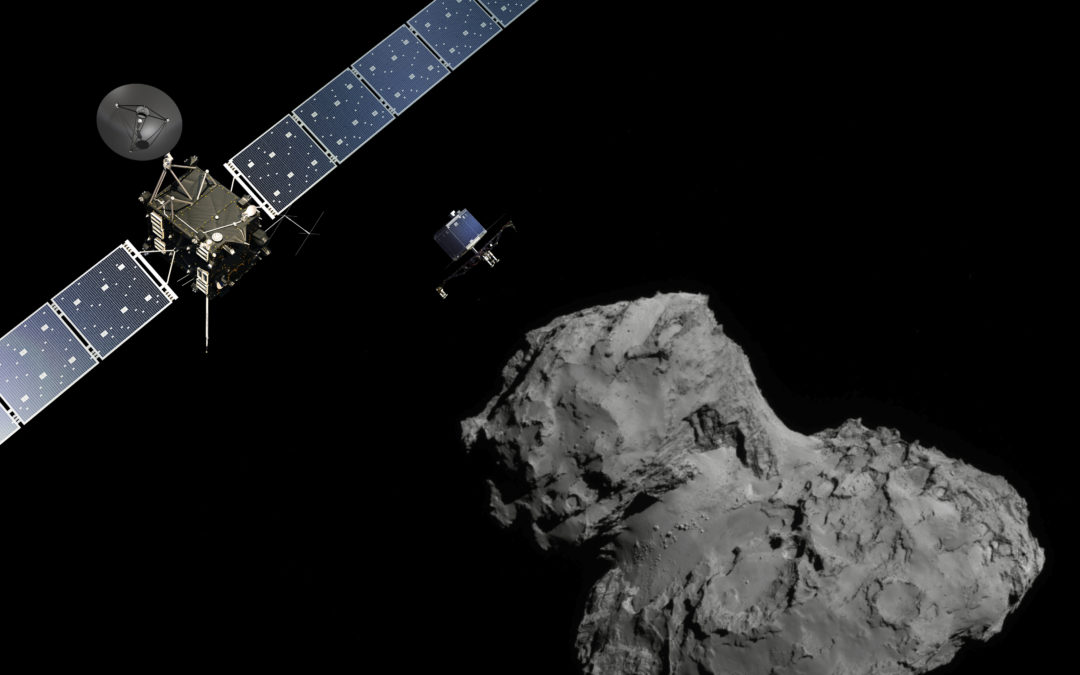 We are proud to announce that our collaboration with the European Space Agency is bearing fruit and a two-minutes-long video displaying Rosetta’s final images before programmed impact on comet 67P/Churyumov–Gerasimenko has already been released. It took several weeks of meetings and complex data processing at the European Space Astronomy Center, but after taking a look at the results we believe it was worth the effort.

About Rosetta and OSIRIS

The Rosetta space probe along with the landing module Philae was launched by an Ariane 5 rocket on 2 March 2004. After a 10-year journey through the Solar System, on 6 August 2014, it reached its final destination, comet 67P/Churyumov–Gerasimenko (aka. 67P), and its science mission began. For almost two years, Rosetta made the most detailed study of a comet ever attempted. Day after day the spacecraft sent telemetry, pictures, and tons of valuable scientific data. From ultraviolet spectra by ALICE to dust size measures down to 1/100 millimetre accuracy by GIADA, all sort of information was provided by Rosetta’s instruments. Studying Rosettas’s data, researchers found traces of oxygen and hydrogen in the comet’s coma, and of molecular oxygen all around the comet. They found an unexpected amount of deuterium in the comet’s water, wrecking the until-then established theory about Earth’s water coming from comets. Active pits, related to sinkhole collapses and possibly associated with outbursts were also reported. However, for lots of researchers and for the general public too, OSIRIS’ data is perhaps the most interesting of all.

OSIRIS is a dual-camera imaging system that worked as Rosetta’s eyes and also sent back to Earth the most detailed images of a comet humankind has ever seen. Each OSIRIS image is 2048×2048 pixels, this might not seem much nowadays, but it was cutting edge technology back in the 90’s when Rosetta was designed. By stacking thousands of these images together, the most accurate 3D model of a comet to date was created. Also using those images is how we created a two-minutes-long video displaying Rosetta’s approach to its programmed impact.

Deep space exploration probes do not send a live TV signal, so you can’t just record the data received at deep space communication complexes’ antennae and upload it to Youtube. Only once in history TV signals were received from another Solar System body. This occurred during the Apollo missions, it was only done for historical purposes and was only possible because the Moon is fairly close to us. Actually, space probes carry image sensors that take individual shots when they are asked to do so and remain off otherwise. The data files resulting from these instructions are then codified and sent to Earth by means of radio signals. Even after decoding the signal and retrieving the files, all you have is a collection of .fits (raw images). This data must be calibrated and processed to obtain actual images.

Once actual images have been obtained, you would think that a video might be easily obtained by quickly playing one image after another, but again, things are not always that easy. First of all, OSIRIS images are only 2048X2048 pixels in size, and they get quite smaller if you have got to zoom in. Each image has to be individually post-procesed to enlarge its size while keeping it sharp and nice and neat. And after that, if possible, several images are combined to obtain a wider final image. Once the size problem is solved, you have to face multiple issues derived from the time elapsed between shots. As we are processing individual images and not a continuous video, the light conditions, the probe position and the camera orientation might have changed between shots. Rosetta actually crashed into the comet, so at some point, consequent images were so different that the video inevitably shows some discontinuities. However, for the most part, algorithms to align the images can be found and transitions between images are consistent. Still, after that, you must keep in mind that we only had a few images to work with, and if played at a standard frame rate, the resulting video would have only lasted a few seconds. Different algorithms ought to be used to interpolate between images and obtain a longer video at an acceptable frame rate.

All these processes and further steps prior to release were carried out by a Space Robotics team at ESAC (the European Space Astronomy Center). You might check our results in the video above or at ESA’s official portal. 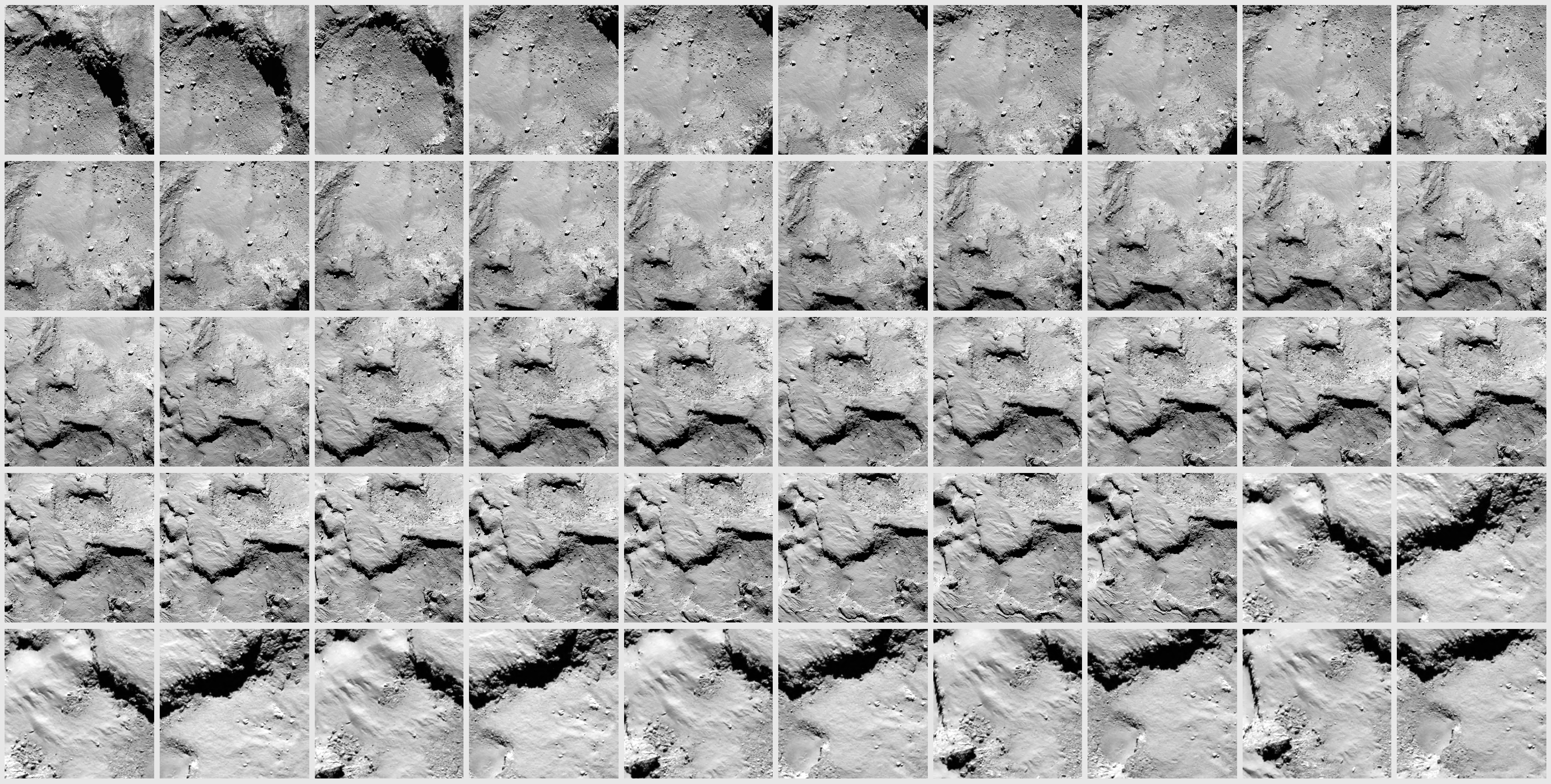