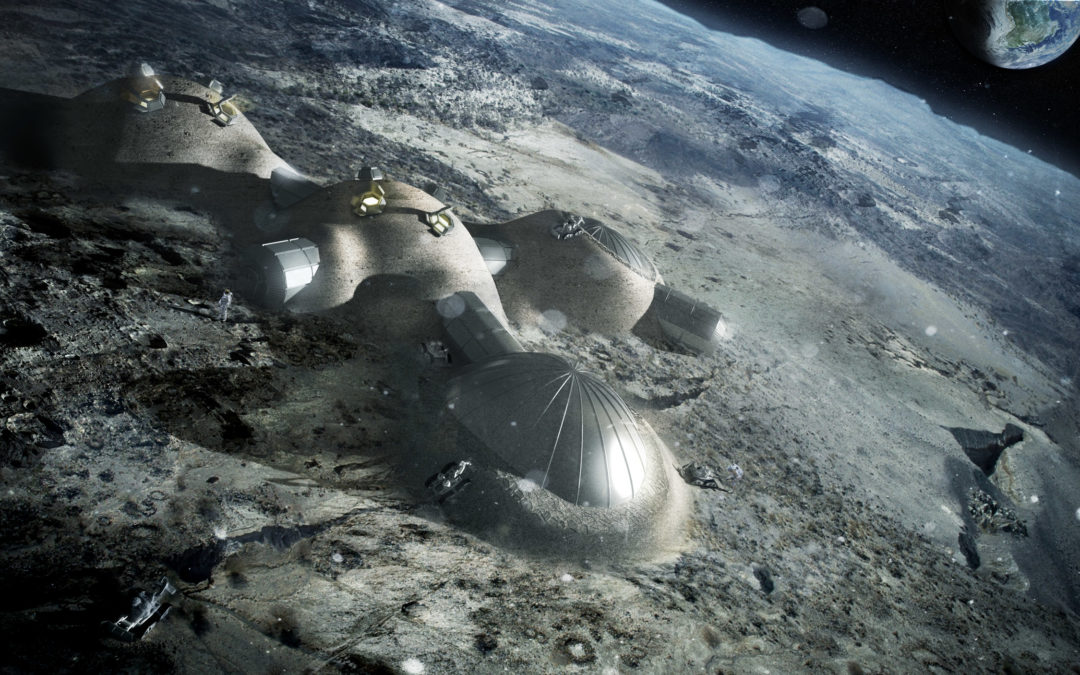 After the success of “Apollo 11 VR Experience” and “Apollo 17 VR Experience“, we have created a brand new virtual adventure on the Moon, this time, for the European Space Agency. This VR scenario shows ESA’s concept of a Moon Village, a science-fiction-like permanent base station that could actually be constructed sooner than you might have thought.

Although not properly an ESA project yet, “Moon Village” is how the European Space Agency envisions the future of lunar exploration and space colonization. This preliminary sketch is Europe’s first step towards a worldwide collaborative project to establish a permanent base station for human activities on the Moon. In the words of ESA’s Director General Johann-Dietrich Woerner:

[…] It will be the Americans, it will be the Russians, it will be the Chinese, it will be the Indians, the Japanese, and even more contries. […] We will really have a global exploration team on the Moon. […] Too look for diferent activities, be it pure science, be it also business, even tourism or mining. […] It has multiple uses, for multuple users, but at a single place. […]

The village may begin with one single lander. This unmanned mission would unload a habitation capsule at the chosen location. Once the cylindrical capsule is in position, a dome would be inflated from one of its ends, while the other one remains as an entrance. This dome will serve a support structure for the final assemblage. From here on, a robot carried inside the lander will carry on. This robot, equipped with cutting edge tech, would 3D-print a sponge/bone-like structure around the dome and fill it with regolith collected from the surroundings. After about three earth-months, this process would be completed and the dome would finally be protected from radiation, temperature fluctuations, and micrometeorites, and hence, ready to be inhabited. Astronauts may then travel to the Moon and begin their activities. At first, supplies from Earth will be needed, but the idea is to use local resources such as the regolith and frozen water located in permanent night regions to supply the village.

About the VR experience

Virtual Reality (VR) is a new technology that teleports the user to any imaginable environment by replacing the real-world stimuli with those provided by a virtual simulator run in a computer. The VR user is completely immersed in the simulated environment, and that makes this tech the perfect choice to present a new project.

The environment that our 3D-modelers have designed for this experience is based, among others, in the Foster+Partners & ESA original design of the Moon Village (depicted in the cover image). In the video featured above and in the following images, both captured from the experience built by our team, you may see a multiple-dome evolved village that would result from extending the project through several years.