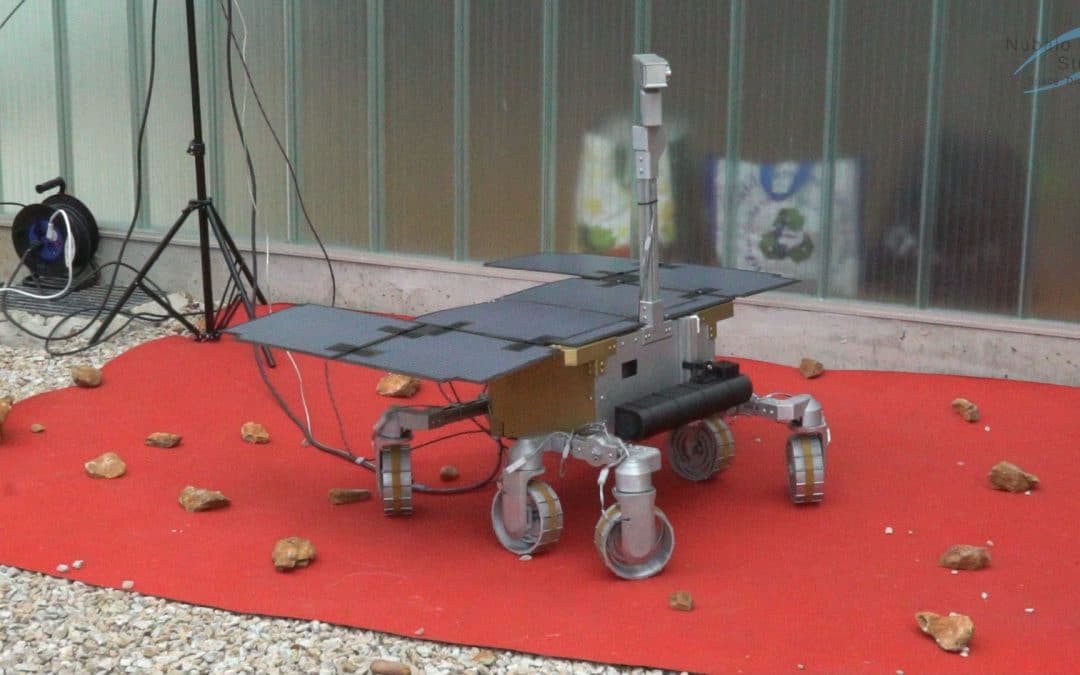 The European Space Agency (ESA) will launch the robotic rover Rosalind Franklin towards Mars in 2022. As the exploration of Mars prepares for a rebirth, the European rover hones its equipment for the challenges that lie ahead.

The ESA rover will drill up to two meters into the Martian surface to sample its soil, analyze its composition and look for evidence of life buried beneath its surface.

The Rosalind Franklin vehicle consists of a vehicle that contains, among its instruments, the Raman Laser Spectrometer (RLS), which has been developed by a team led by members of the Astrobiology Center (CAB, INTA-CSIC).

In the case of the RLS, the powder samples are analyzed, on the mineral grain scale, identifying the mineral phases present and also looking for possible traces of organic compounds, one of the main purposes of the ExoMars mission. In addition to looking for signs of past and present life on Mars, other objectives of the ExoMars mission are to characterize the geochemical (or aqueous) environment based on depth in the subsurface; study the surface of the red planet and identify the dangers for future human missions; and investigate the Martian subsoil to better understand the evolution and habitability of Mars. Therefore, “the Raman instrument will address key aspects of the mission.”

About the robotic 1:2 scaled model

The rover was exhibited during the ESA Open Day in Madrid at the European Space Astronomy Center (ESA / ESAC). It was remotely controlled by radio signal, demonstrating how the ExoMars Rover would be controlled by radio using the Satellite GroundStation.

The latest update made for events during the pandemic has allowed the control of the rover for online demonstrations (Science Week, Researchers’ Night and Space Summer School), where different users could send orders to the rover directly from their homes through a series of commands when given access.

The rover’s measurement instruments were summarized in visualization and control of the front camera, temperature and humidity measurement.