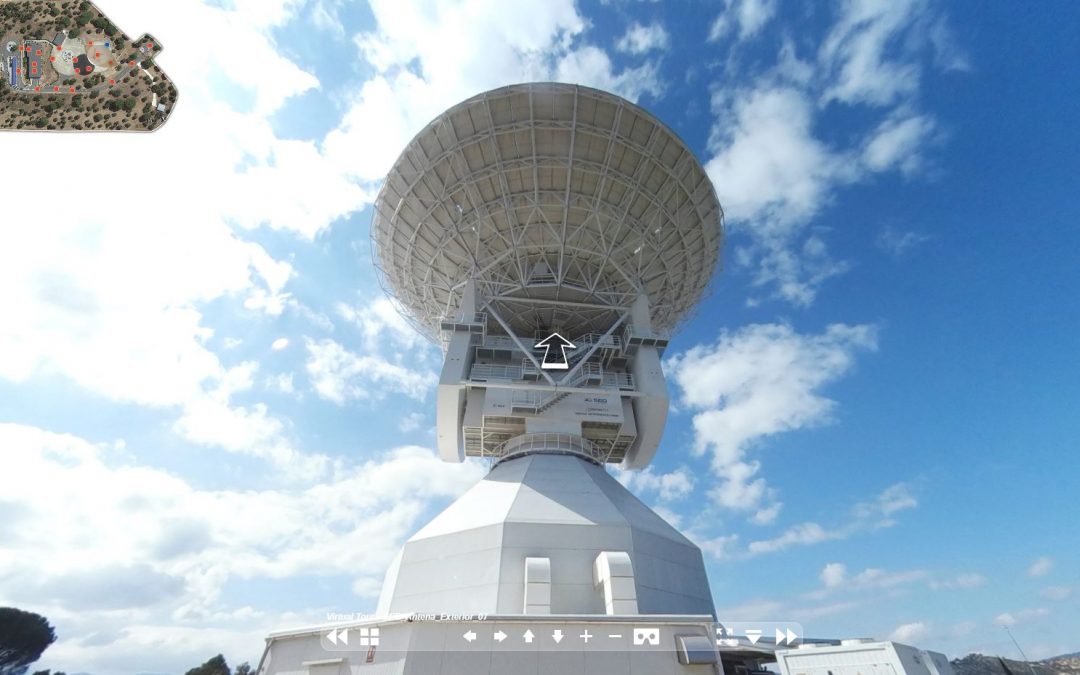 Cebreros Station (also known as DSA 2 or Deep Space Antenna 2) is a European Space Agency, ESTRACK radio antenna station for communication with spacecraft, located about 10 km east of Cebreros and 90 km from Madrid, Spain, operated by the European Space Operations Centre and INTA. A 35-metre diameter antenna that receives and transmit in X- and Ka-bands is located at the site. Station code is “CEB”. 20kW CW High Power Amplifier (HPA) it was created by Rheinmetall Italia SpA (Italy). The monitoring and control system was implemented by Microsis srl (Italy).

This monitoring station was officially inaugurated on 28 September 2005, being ESA’s ninth and second deep space monitoring station, after DSA 1 located in New Norcia (Australia), inaugurated in 2002. The third network antenna (DSA 3), installed in Malargüe (Argentina), became operational in 2013. Until 2002, ESA lacked its own means to communicate with ships destined for other planets, or in very distant orbits and depended on the network listening to NASA to receive the data collected by them.

About the Virtual Tour

The Virtual Tour has been created starting from scratch with the aim of getting to know the Cebreros Space Agency station from the inside. For this, more than 50 videos and 360 images were made indoors and outdoors.