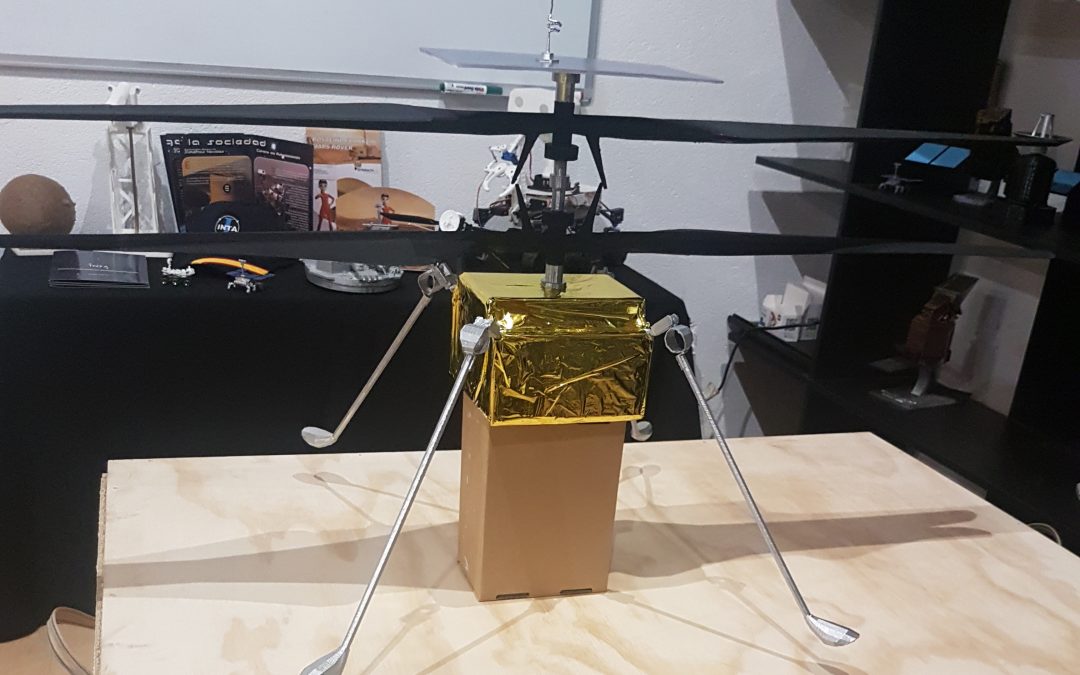 The NASA Perseverance rover will land on Mars in few days. After Curiosity this new six-wheeled Martian rover is tasked with prowling the crater, believed to have been the site that housed a Martian lake billions of years ago, to search for signs of life ancient microbial, collecting and storing Martian rocks and regoliths (broken rock and dust) and paving the way for human exploration of the Red Planet.

It will record all the landing wth special cameras to see the complete sequence.

About the scaled models

At the request of the Madrid Astrobiology Center (CSIC-INTA), we made a scale model of the Perseverance rover in record time for the CAB’s scientific culture unit.

The 1:10 scale Perseverance model has all the details of the real model, including all MEDA sensors from the environmental station created by the Center for Astrobiology.

Ingenuity’s full-scale model has been especially interesting to show the final size of the Perseverance helicopter and to clearly visualize the scales, one meter and 20 centimeters in diameter and 1.8Kg in weight.The model consists of a solar plate, an antenna communications, the body, the four legs and the camera under the body.