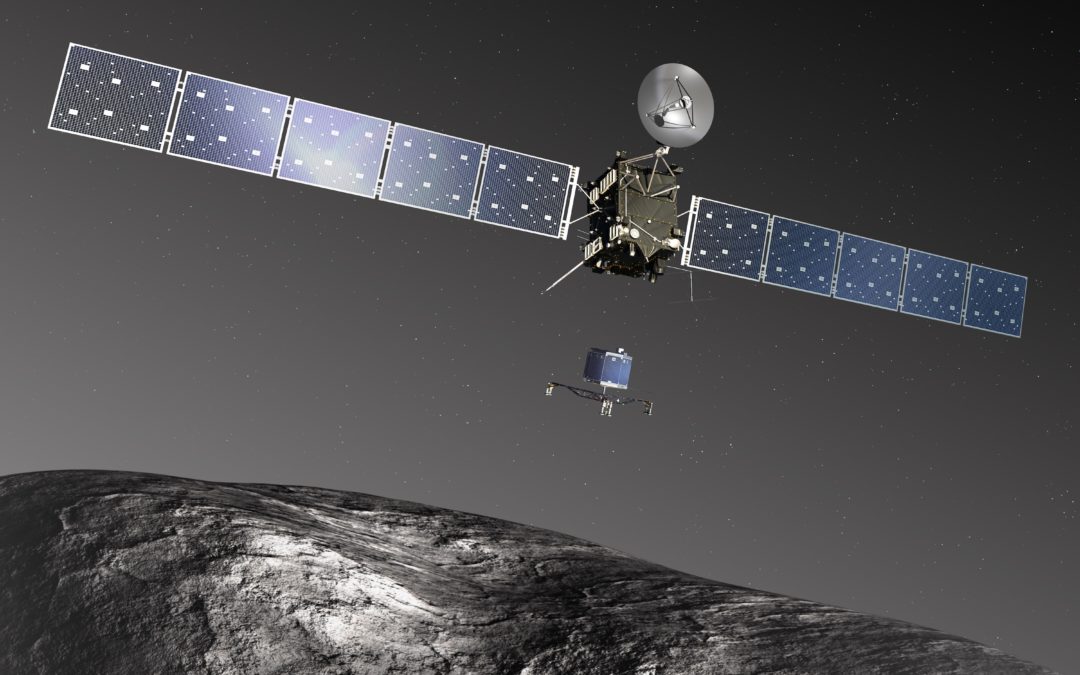 We create a Virtual Reality scenario around the comet 67P/Churyumov-Gerasimenko that supports orbit simulations and features Rosetta and Philae.

About Rosetta, Philae and Chury

Rosetta was a space probe built by ESA (European Space Agency) and launched using an Ariane 5 G+ carrier rocket on 2 March 2004. Its destination, which it reached in 2014 after a ten-year journey through the Solar System, was the comet 67P/Churyumov-Gerasimenko, usually known by 67P or “Chury”. After Rosetta rendezvoused with the comet, it managed to enter a semi-stable orbit around it, thus becoming the first space probe to ever explore a comet from its orbit.

For two years, Rosetta studied the comet, taking the most detailed pictures of a comet’s nucleus that humanity has ever seen and gathering valuable information for astrophysicists studying comets and the origin of the Solar System. One of its most relevant discoveries was that the ratio of deuterium to hydrogen in the water from the comet is about three times that found for terrestrial water. This makes very unlikely the previously established theory which held that water found on Earth may have come from comets such as 67P.

Once the gravity and surface of the comet were properly mapped and major progress had been made in the remote-sensing studies, the second stage of the mission began. Philae then became the new main character. The landing module had been asleep, attached to Rosetta for almost 15 years, but its time had come. Philae took off from Rosetta and carefully approached the designated landing site on the comet’s surface. Unfortunately, the landing didn’t take place as planned. Still, Philae managed to retrieve valuable data, becoming the first manmade object to softly land on a comet and perform scientific studies from its surface. Overall, Rosetta was undoubtedly a successful mission that changed forever our understanding of comets and the origin of our Solar System. 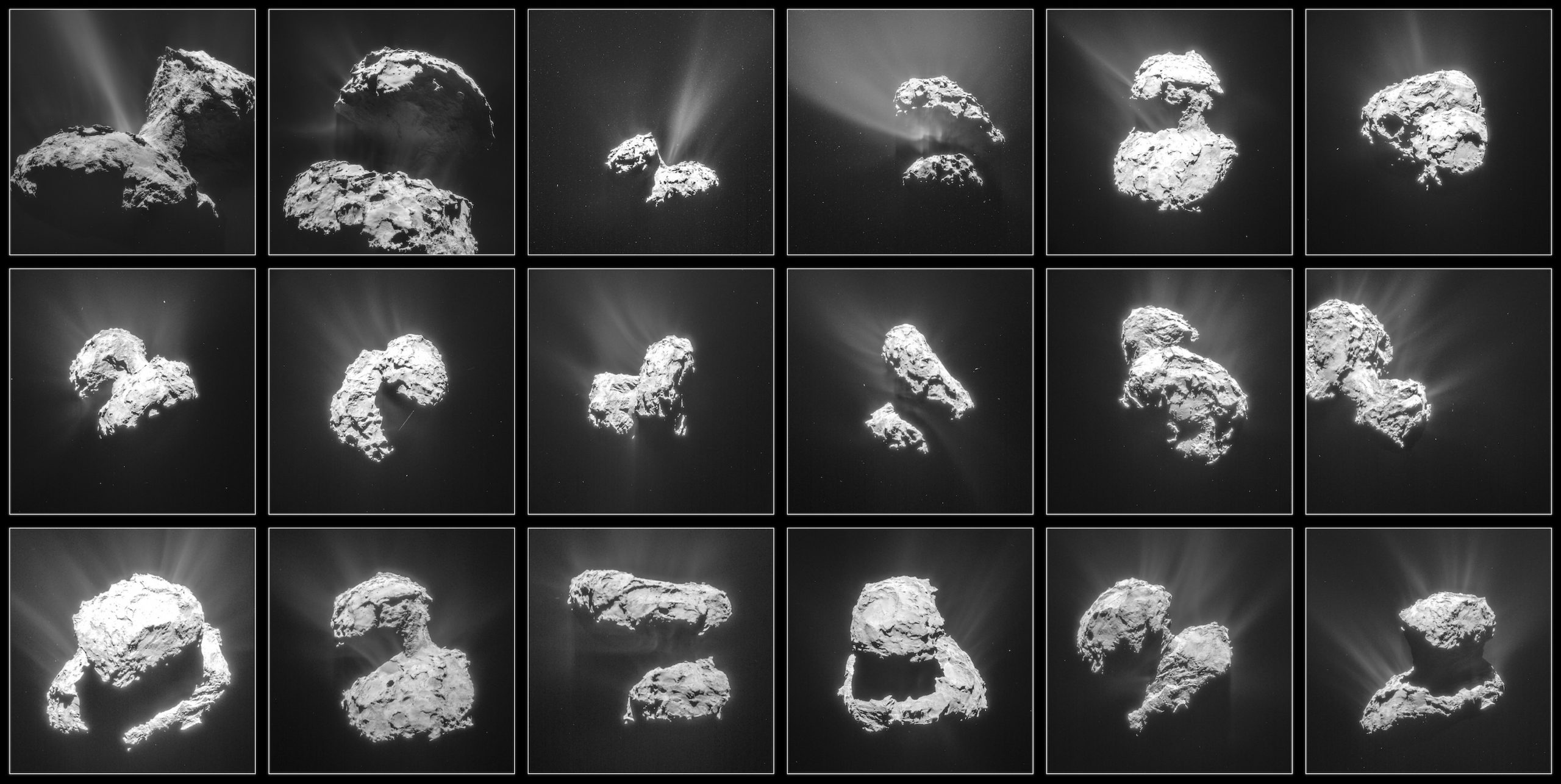 About the VR scenario

“Rosetta and Philae at Chury (67P) VR” is a dynamic space scenario around the comet 67P/Churyumov-Gerasimenko. We began this project by programming a work environment that supported gravity simulations. We then used Rosetta’s gravity and surface mappings of the comet to create a virtual Chury and added light effects based on Rosetta’s images. Of course, we also included virtual interactive versions of Rosetta and Philae orbiting around the comet.

As it supports gravity simulations, the scenario was used to explore different orbit possibilities for Rosetta and to test many different landing spots and procedures for the landing module Philae. We also exported the whole programme as a Virtual Reality experience that shows all the mission highlights and allows you to explore the comet on your own. Check it out in this early demo that features Rosetta’s solar panels and antennae deployment sequence and Philae’s descent to the comet: