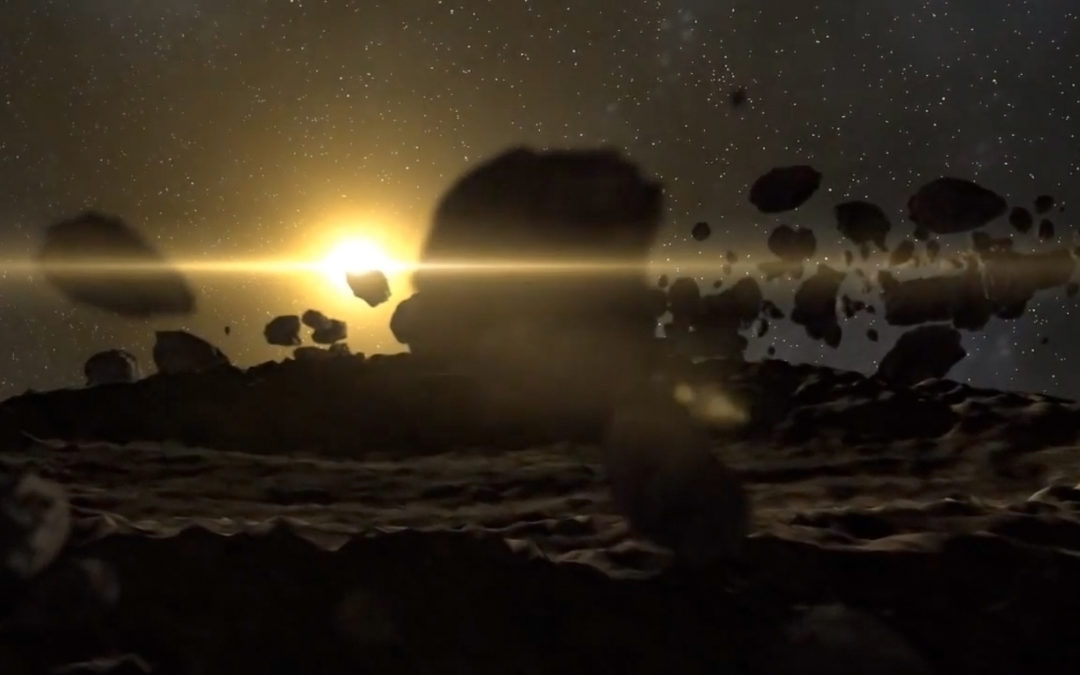 On request of the SVO’s Near-Earth Asteroids Precovery Programme team, we have created a mini-documental among some other multimedia material for the presentation of their new citizen science project. Take a look and find out how may you discover potentially hazardous asteroids from your sofa at home.

The Virtual Observatory (VO) is the vision that astronomical resources, such as databases, should work as a seamless whole. And the International Virtual Observatory Alliance (IVOA) is the international organisation that debates and agrees on the technical standards that are needed to make the VO possible and coordinates national virtual observatories. In Spain, the VO activities are developed by the Spanish Virtual Observatory (SVO), whose core team is hosted at ESA‘s ESAC, in the (INTA–CSIC) Astrobiology Centre (CAB) building. Besides developing the VO activities in Spain and offering standardized databases and other resources for professional astronomers, the SVO hosts its own projects, which include many education and science dissemination activities and a citizen science research program among others.

Citizen science research programs are scientific investigations partially conducted by nonprofessional scientists, in other words, they are activities through which the general public may contribute to science. This is done by helping researchers with the steps of an investigation that require no specific training and that would be unaffordable if performed by professionals. The activities that participants are asked to perform often include some kind of image interpretations. E.g., in SVO’s citizen science program, contributors may try to identify NEAs in astronomical archives.

NEAs (Near-Earth Asteroids) are any NEO except comets. NEOs (Near-Earth Objects) are any SSSB (Small Solar System Body) whose orbit can bring it into proximity with Earth. So in other words, a NEA (Near-Earth Asteroid) may be an asteroid but also any other small Solar System body except comets, e.g. a meteoroid or a centaur, whose orbit would eventually bring it close to the Earth. A particularly interesting type of NEAs are PHAs (Potentially Hazardous Asteroids), which have a magnitude of 22 or higher and whose MOID (Minimum Orbit Intersection Distance) with Earth is under 7.5MKm. When a NEA is first classified as potentially hazardous, its orbital parameters are usually not known to a high degree of accuracy, hence, there’s a non-negligible probability of this object colliding with Earth. So far this probability has never been greater than 3%, and of course, after further measurements, for all PHAs to date, the possibility of impact has been discarded. Still, we do know that meteors do hit Earth’s surface, so if we keep looking, someday, at some point, we will find an object moving directly towards us, and we will have to do something about it.

SVO’s citizen science programme “Near-Earth Asteroids Precovery” offers everyone the chance to discover or precover NEAs in astronomical archives. While discover is the act of identifying something new, precover refers to identifying an already known object in a dataset where it hadn’t been identified before. Once in a while, new NEAs are discovered, however, precoveries are way more common, which does not necessarily mean they are useless. Calculating the orbit of an astronomical object involves measuring its position on multiple occasions. The more widely separated these are in time, the more accurately the orbit can be calculated. Accurate determination of the orbital parameters is of fundamental importance for objects like asteroids with a non-negligible probability of impacting Earth. As stated before, when a NEA is first classified as potentially hazardous, its orbital parameters are usually not known to a high degree of accuracy. Precovering that very same NEA in a different dataset allows astronomers to measure its position when it’s in a different point of its orbit, which will subsequently increase the accuracy at which its orbital parameters are known. Repeating this process is how the originally uncertain possibility of impact is finally confirmed or discarded. Apophis is an excellent example of how important Precovery can be. Discovered on June 19, 2004, follow-up observations indicated the highest ever probability (up to 2.7%) that it would strike Earth in 2029. It was not until precovery images taken in March 2004 were analyzed when the possibility of an impact on Earth was eliminated. 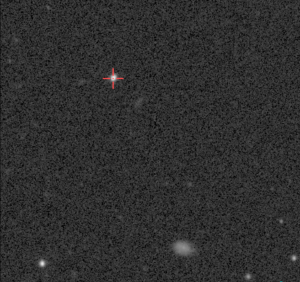 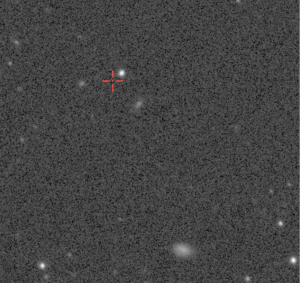 The Near-Earth Asteroids Precovery Programme requires many complex calculations to be done: Each time an object is identified astronomers must first determine whether that object was previously discovered or not. This is not an easy task, but usually, they do find the identified object in an existing database. Once they find the object, researchers proceed to combine the previously known data with the new one to obtain more accurate orbit parameters and determine whether the classification of the object should be reevaluated. However, from the user’s PoV, there are no complications at all. The online interface of the programme is user-friendly and requires no previous knowledge to be used. The procedure of identifying PHAs and NEAs relies on the comparison of images of the same region of the sky taken several minutes apart. The vast majority of the objects recorded in the images are stars and galaxies that will appear in the same position in all the images. On the contrary, NEAs are nearby objects with high relative velocities and they will appear in slightly different positions. Identifying those objects whose position changes between images is all the user is ought to do.

With a fully-working version of the software already running in their online servers, all that was left to do was announce it to the people, and there’s where we came in. As said before, we have created a mini-documental among some other multimedia material for the presentation of this project. The short film includes both filmed and computer-generated original sequences, its script was written from scratch and the edition fully done by us. We could keep talking about it for another page or so but we might as well let you judge it for yourselves: