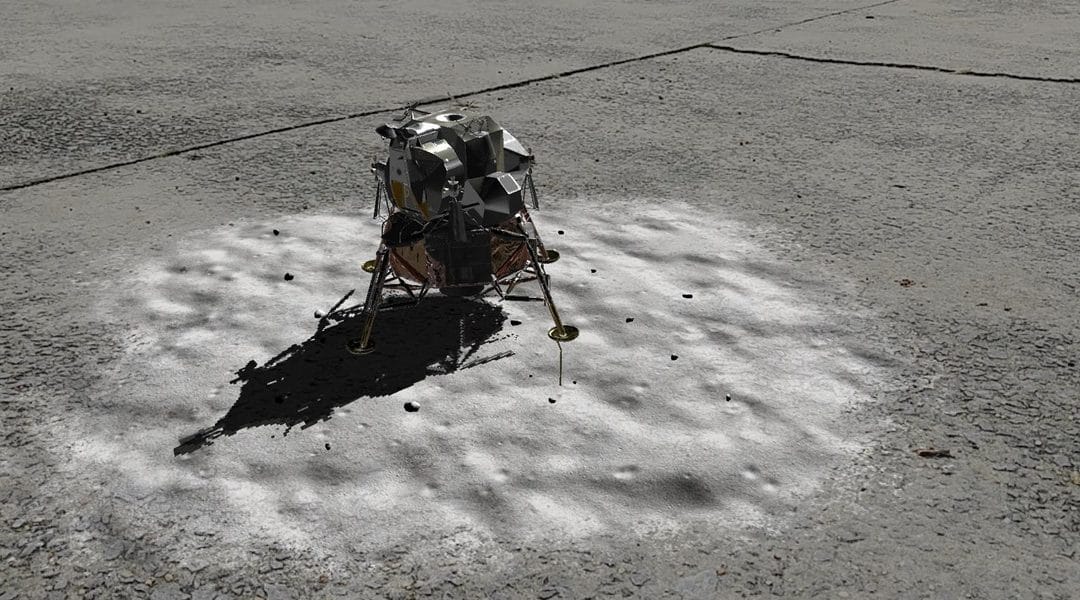 The Lunar Museum has already opened its doors in Fresnedillas de la Oliva (Madrid, Spain), next to NASA’s former Manned Space Flight Tracking Station. Its new location hosts a renewed modern exhibition for which we have designed an Augmented Reality App.

About the Lunar Museum

The Lunar Museum was founded ten years ago by the former employees of the Fresnedillas de la Oliva Manned Space Flight Tracking Station. This was back in 2010, right after the success of the 2009 events that commemorated the 40th anniversary of the first manned lunar landing. One year ago, to commemorate the 50th anniversary of our arrival to the Moon, a project began to search for a bigger location for the museum. A few months ago, matching the museum’s 10th anniversary, the new building was inaugurated.

The new Lunar Museum, now called “Lunar Museum – Science and Space Centre”, hosts a renewed modern exhibition about the Apollo programme, featuring unique pieces and equipment of the antenna that communicated with Neil Armstrong and Buzz Aldrin while they were landing in the Moon. They open Monday-Friday for school guided visits and workshops and during the weekend for everyone else. Pay them a visit!

On the Augmented Reality App

Besides getting a new location, the museum renewal was about creating a new visitor experience. As part of this project, we were asked to create an Augmented Reality (AR) App for the visitors to download it in their phones and interact with the museum. We went with a clean user interface, just the essential buttons and a widescreen that shows live footage from the phone’s camera. Whenever the phone is pointed to one of the AR posters, virtual elements related to it pop up in the screen and @AstronautLili herself explains the information of the poster with a friendly approach.

We spent a few weeks collecting images and trustworthy information to produce the 3D models of all the virtual elements that would be shown in the App. Our team then modelled all the objects and animated them. Finally, we built the scenarios with Unity engine, added light and the informative texts and export them in a low-poly AR-ready format. Also, the current exhibition includes brand-new as well as classic posters and infographics, hence, to show all the virtual elements in the right place, we had to make the app recognize 1960’s material as well as the new one. Anyhow, after a few adjustments we made it work and published the app in the Play Store. If you are thinking about visiting the museum, remember to download it beforehand.