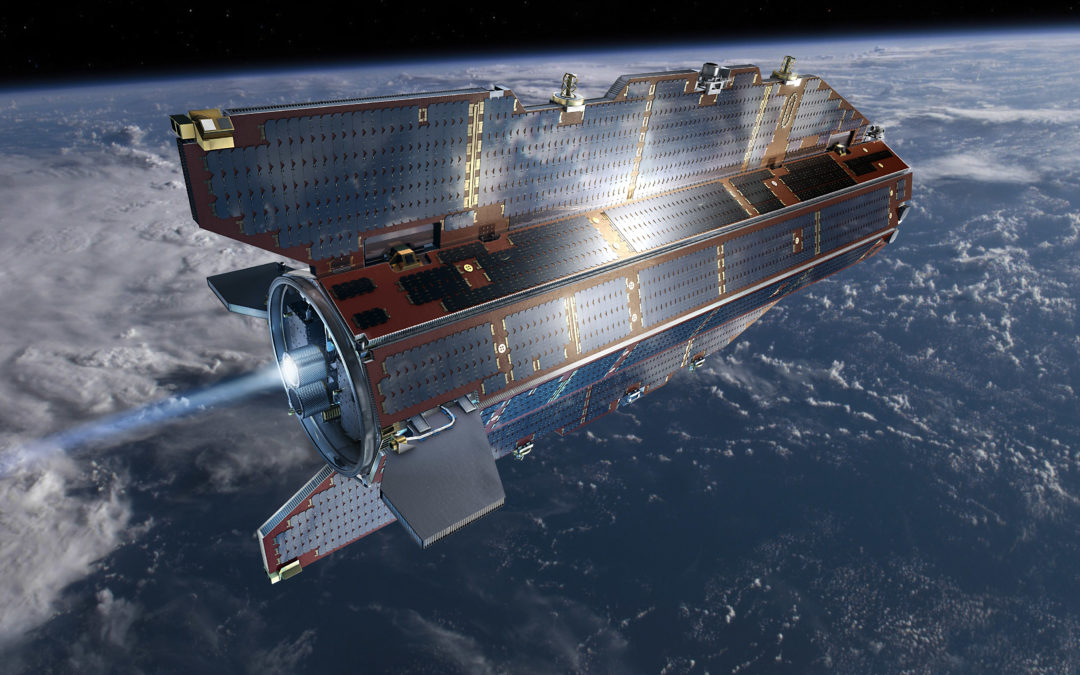 Today we present our latest 3D scale model: ESA‘s spacecraft Goce. This new model is designed from scratch to make it accurate, detailed and suitable for 3D printing.

ESA’s Gravity field and steady-state Ocean Circulation Explorer (GOCE) was launched in 2009 by a Rockot Rocket, becoming the first Earth Explorer mission in orbit. The Earth Explorer missions form the science and research element of ESA’s Living Planet Programme. Goce’s task as part of the program, was to provide data to create a precise Earth Geoid.

A geoid defined by a gravity field, is a surface of equal gravitational potential. In other words, Earth’s geoid is a map of Earths gravity. Goce measured Earth’s gravity field with unprecedented accuracy and provided data to create a 3D high accuracy geode. This is crucial for deriving measurements of ocean circulation, sea-level change and terrestrial ice dynamics, all of which are affected by climate change. The geoid is also useful to study solid Earth physics and many other fields of study.

Besides the gravity-measuring device and the basic components, there were two other requirements for Goce to be fully functional: It should orbit Earth as low as possible to observe the strongest possible gravity-field signal, hence GOCE was designed to skim the edge of Earth’s atmosphere at a height of about 250 km. The sparse but still existing atmosphere at this altitude is the reason for Goce’s aerodynamic-stability wings and winglets. And secondly but equally important, to ensure that the measurements taken were of true gravity and not influenced by any movement of the satellite, the design was symmetric and had none of the moving parts often seen in other spacecraft.

This long arrow-shaped elegant aerodynamic design is responsible for it being dubbed “the Ferrari of space”.

Our Goce model includes a base and the main body, faithful to the original design, with solar panels, wings, winglets and many other details.