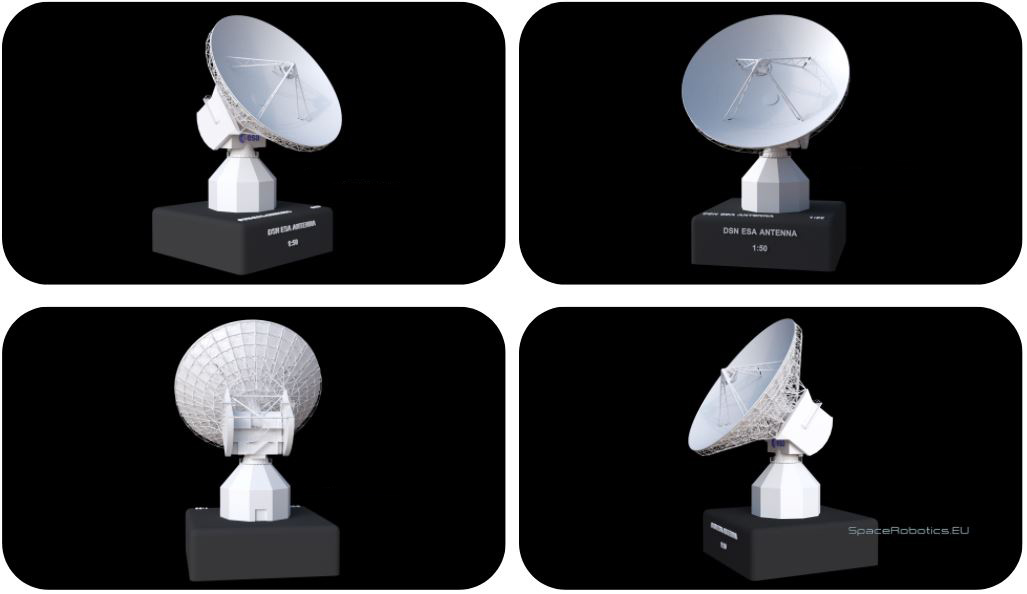 The 35-meter antennas of the European Space Agency located in Australia, Argentina and Spain, support missions such as Mars Express, Gaia, BepiColombo, Solar Orbiter, Rosetta and very soon the Rosalind Franklin rover from Mars, Juice, Euclid … , in addition to many other missions with NASA or JAXA (Japanese Space Agency).

There are several requests that we have had for the creation of the European Space Agency antenna up to a size of 1: 100 but for this new order it was a 1:50 antenna.

About the antena scaled model

This on-demand construction of an antenna of the European Space Agency’s deep space network is destined for Bulgaria (Vivacom).

The 1:50 wake antenna has a 70cm and 1 meter high disk with a wooden support that raises it to about one and a half meters.