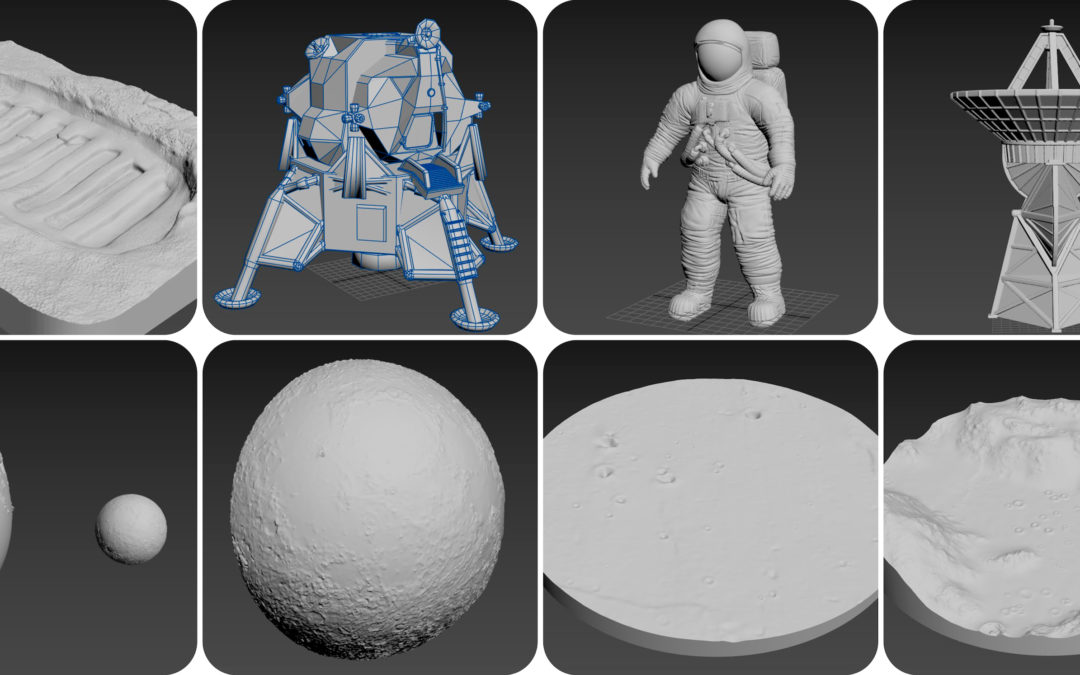 The Lunar Museum has already opened its doors in Fresnedillas de la Oliva (Madrid, Spain), next to NASA’s former Manned Space Flight Tracking Station. Its new location hosts a renewed modern exhibition for which we have created many accessible scaled models.

About the Lunar Museum

The Lunar Museum was founded ten years ago by the former employees of the Fresnedillas de la Oliva Manned Space Flight Tracking Station. This was back in 2010, right after the success of the 2009 events that commemorated the 40th anniversary of the first manned lunar landing. One year ago, to commemorate the 50th anniversary of our arrival to the Moon, a project began to search for a bigger location for the museum. A few months ago, matching the museum’s 10th anniversary, the new building was inaugurated.

The new Lunar Museum, now called “Lunar Museum – Science and Space Centre”, hosts a renewed modern exhibition about the Apollo program, featuring unique pieces and equipment of the antenna that communicated with Neil Armstrong and Buzz Aldrin while they were landing in the Moon. They are open Monday-Friday for school guided visits and workshops and during the weekend for everyone else. Pay them a visit!

On the Accessible Scaled Models

Besides getting a new location, the museum renewal was about creating a new visitor experience. As part of this project, we were asked to design and create accessible scaled models. (In this case, “accessible” means that these scaled models are to be accessible to any visitor, including small children, hearing or visually impaired etc. It does not mean that the material is designed for any of these groups in particular, it means it is designed for everyone to use it, with them also taken into account.) All the scaled models that we have produced are part of the museum’s exhibition, but unlike other items, they can be touched, you may grab them and explore them freely (providing you put them back once you are done). Each one of them was designed to fit into the exhibition and the guided visit, ease the comprehension of some of the concepts exposed in the museum and enhance the visitors’ experience. Each one was designed from scratch after many hours of documentation and images search and, when available, (such as for the terrain scaled models) official data was used. Once we were pleased with all the 3D models, we 3D-printed each one in the requested size and shipped them to the Lunar Museum. Take a look at some of them:

The above images feature a 1:1 print of a lunar footprint that can be placed on the floor for visitors to compare their feet with it, a detachable Lunar Landing Module that includes the finest details and that can be used to explain how the moon landing took place and how they lifted off back to Earth, an astronaut with a realistic 1960’s spacesuit, a recreation of the “Apolo” antenna that was placed nearby in NASA’s former Fresnedillas de la Oliva Manned Space Flight Tracking Station and with which Neil Armstrong and Buzz Aldrin communicated while attempting to land, and different realistic and topographically-enhanced 3d-prints of different parts of the lunar surface.