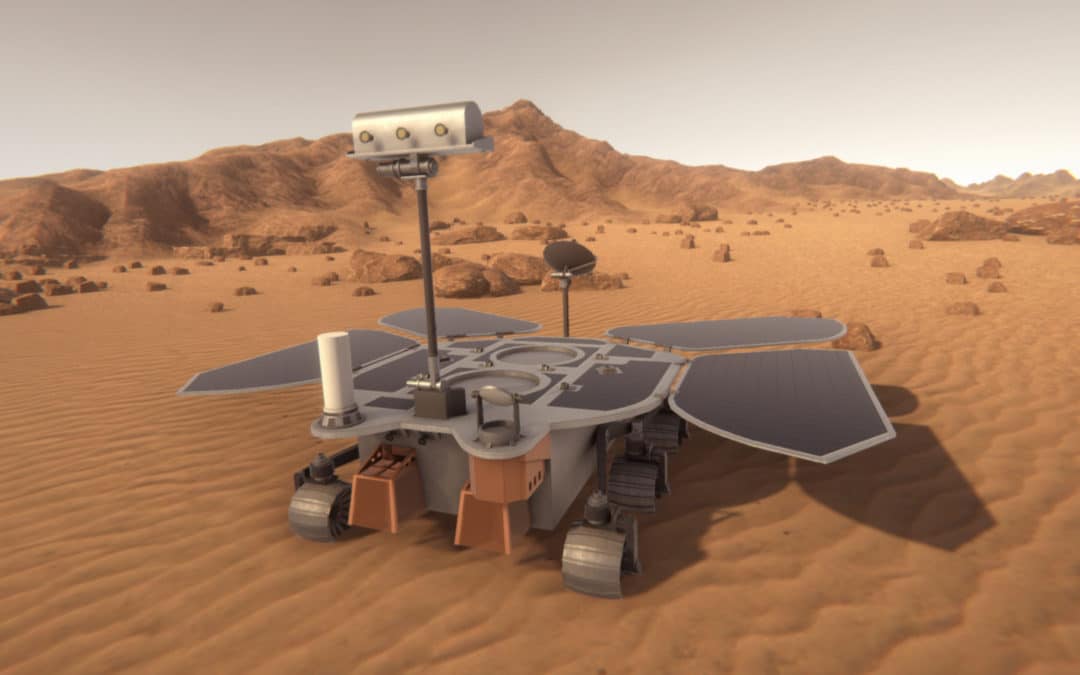 On July 23th 2020, China launched Tianwen-1, their first mission to the planet Mars. This mission consists of an orbiter, a lander, and a rover. It’s the first time anyone tries to deploy all three in the same mission! If successful, the Tianwen-1 rover will explore Mars in search for signs of ancient watery environments in the surface and current underground water deposits. There’s not much information on the rover instruments around so at SpaceRobotics.EU we have decided to put it all together for you to learn more about the instruments that it’s taking to Mars.

To locate all the instruments we’ll be talking about, we have created a 3D model of the rover. Check out the snapshots featured below and feel free to use them as long as you give proper credit. Also, later this year, we will include this 3D model in a Mars Virtual Reality experience! Stay tuned! 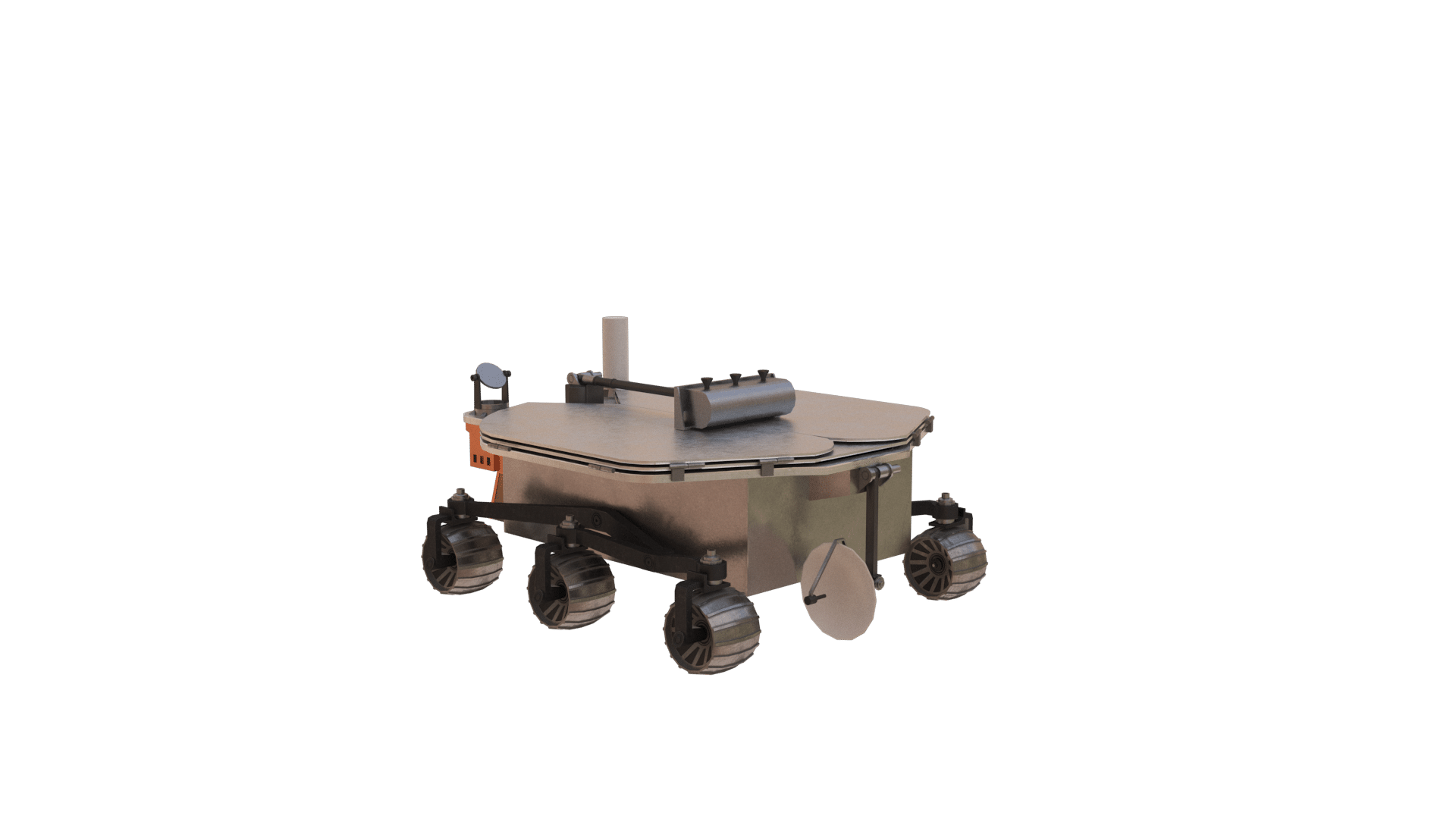 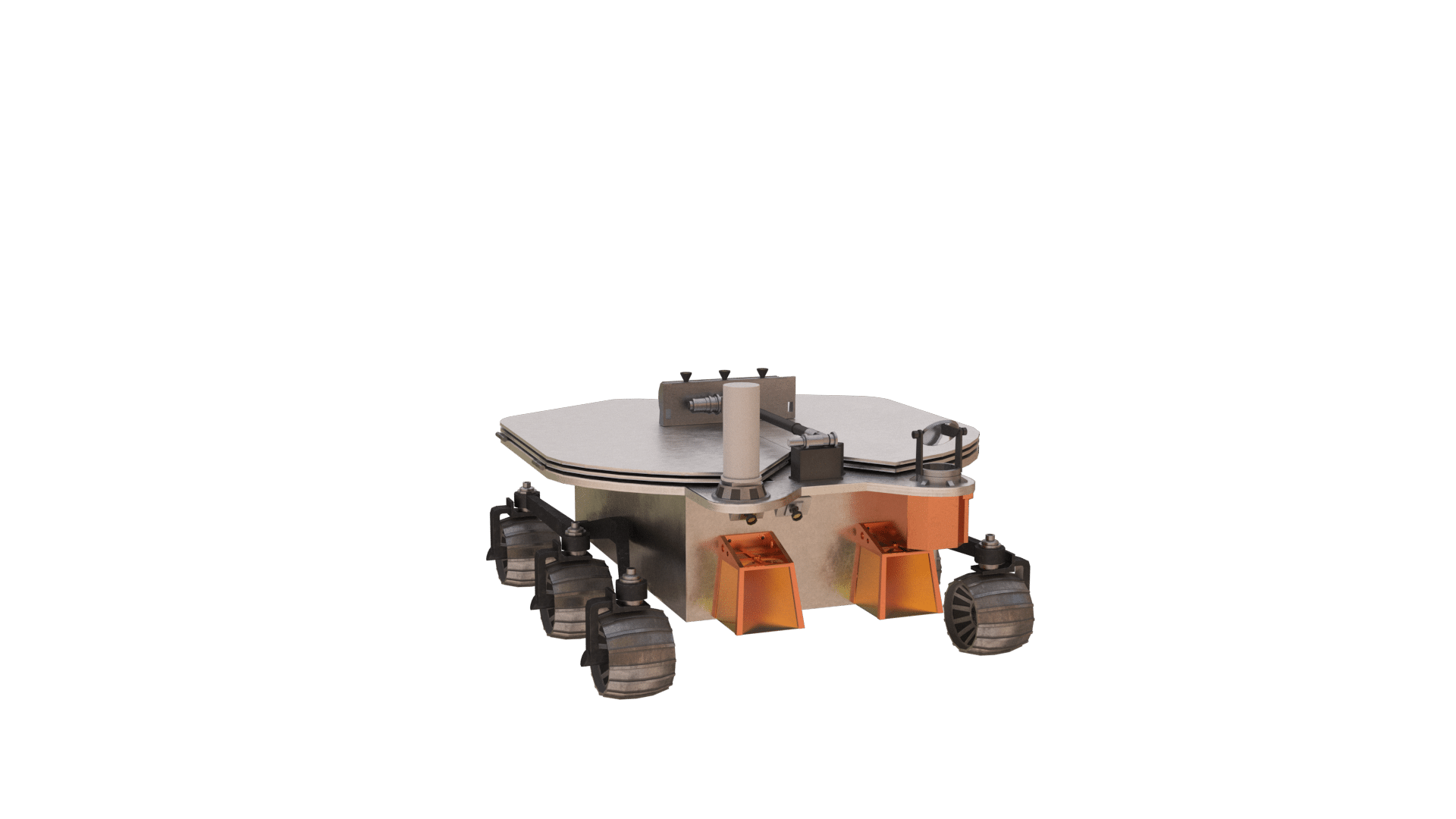 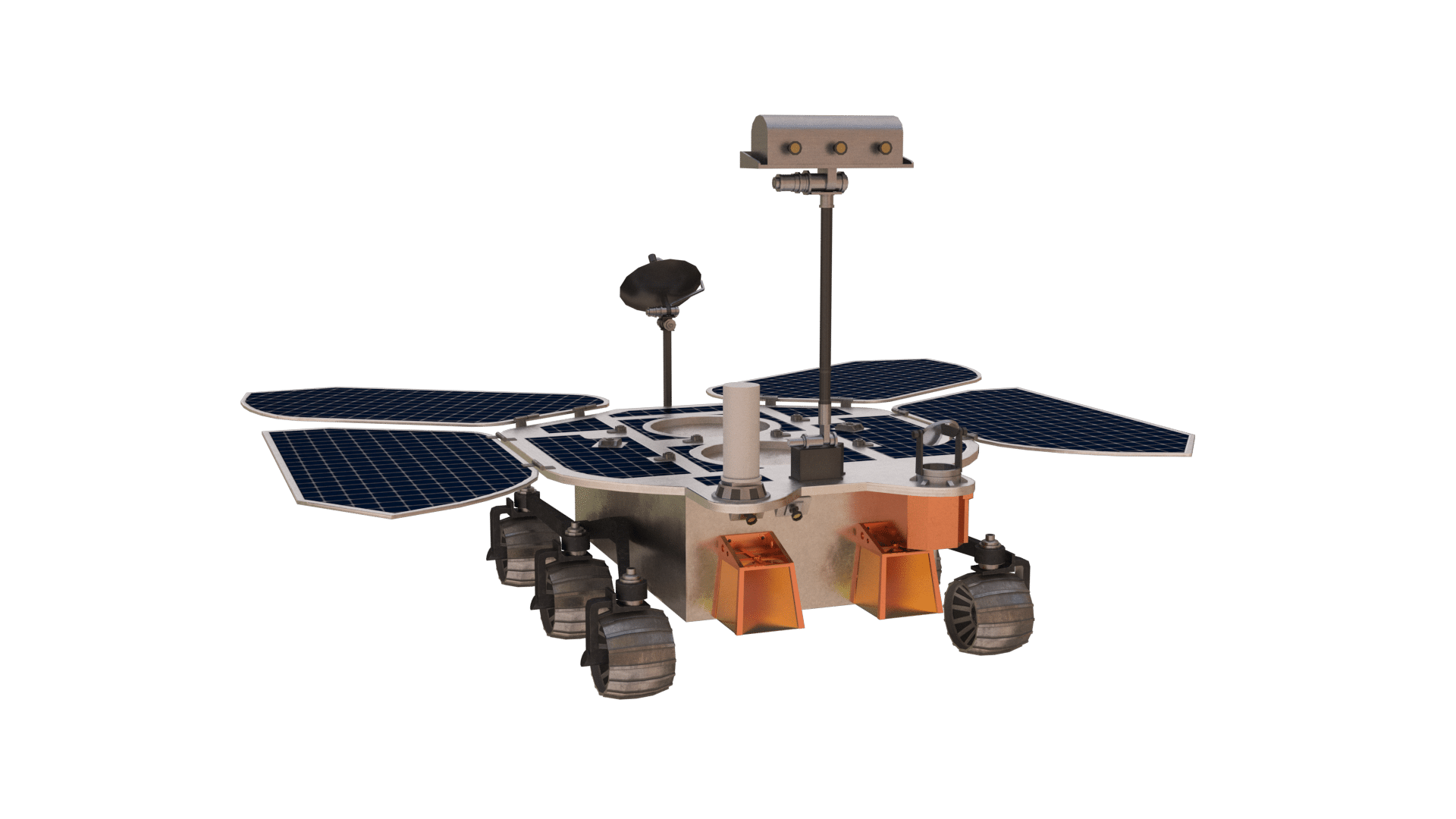 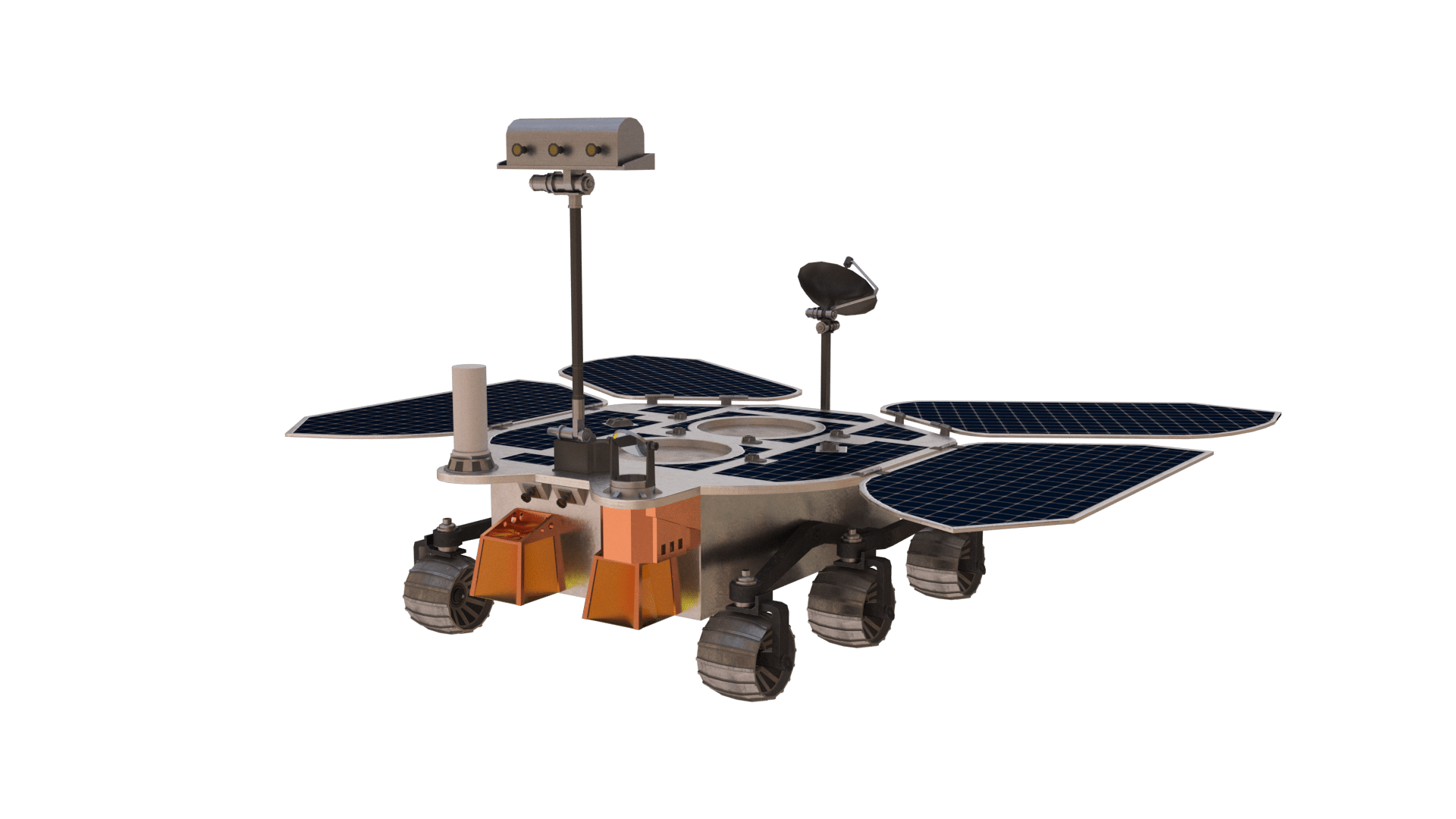 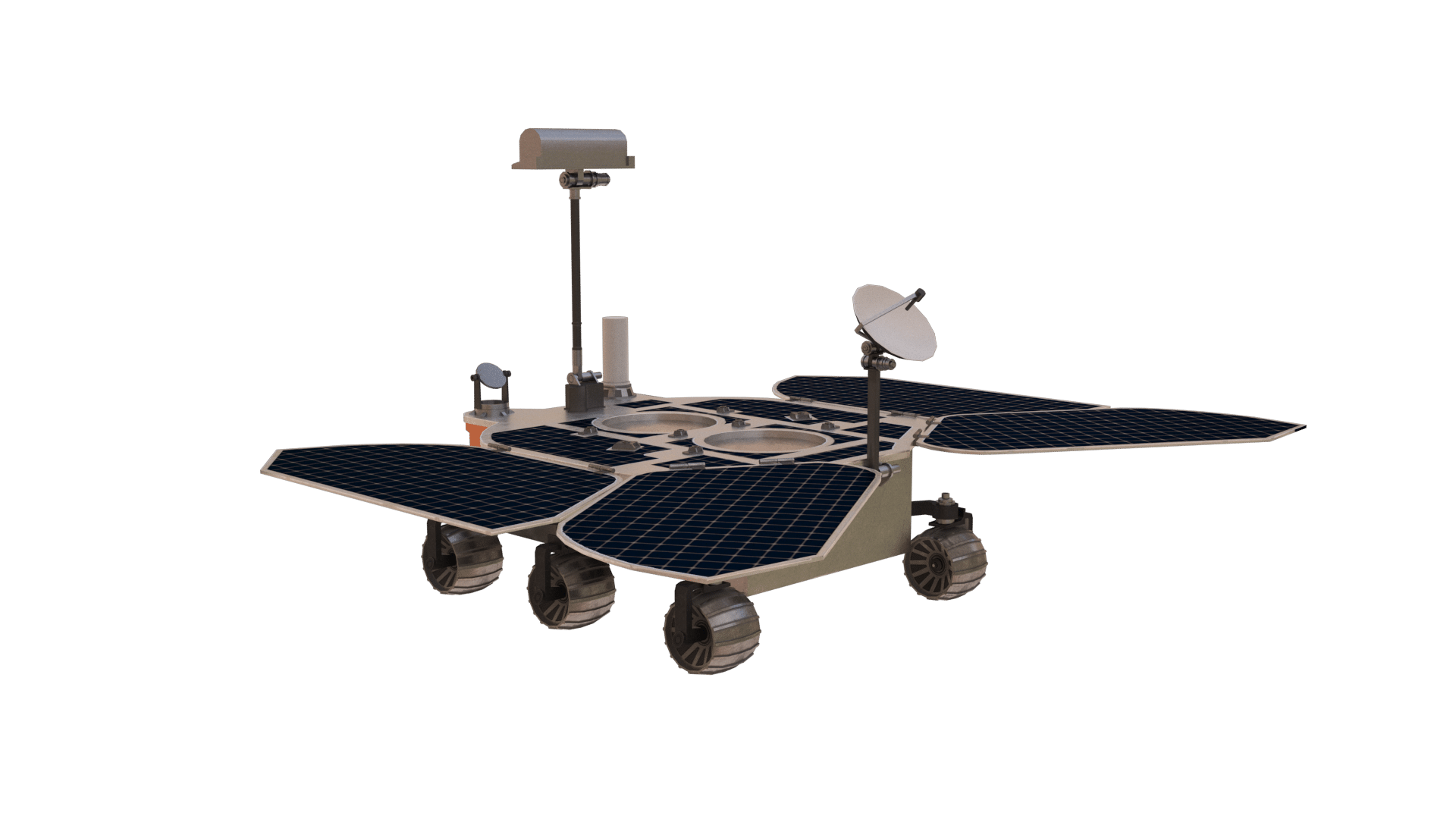 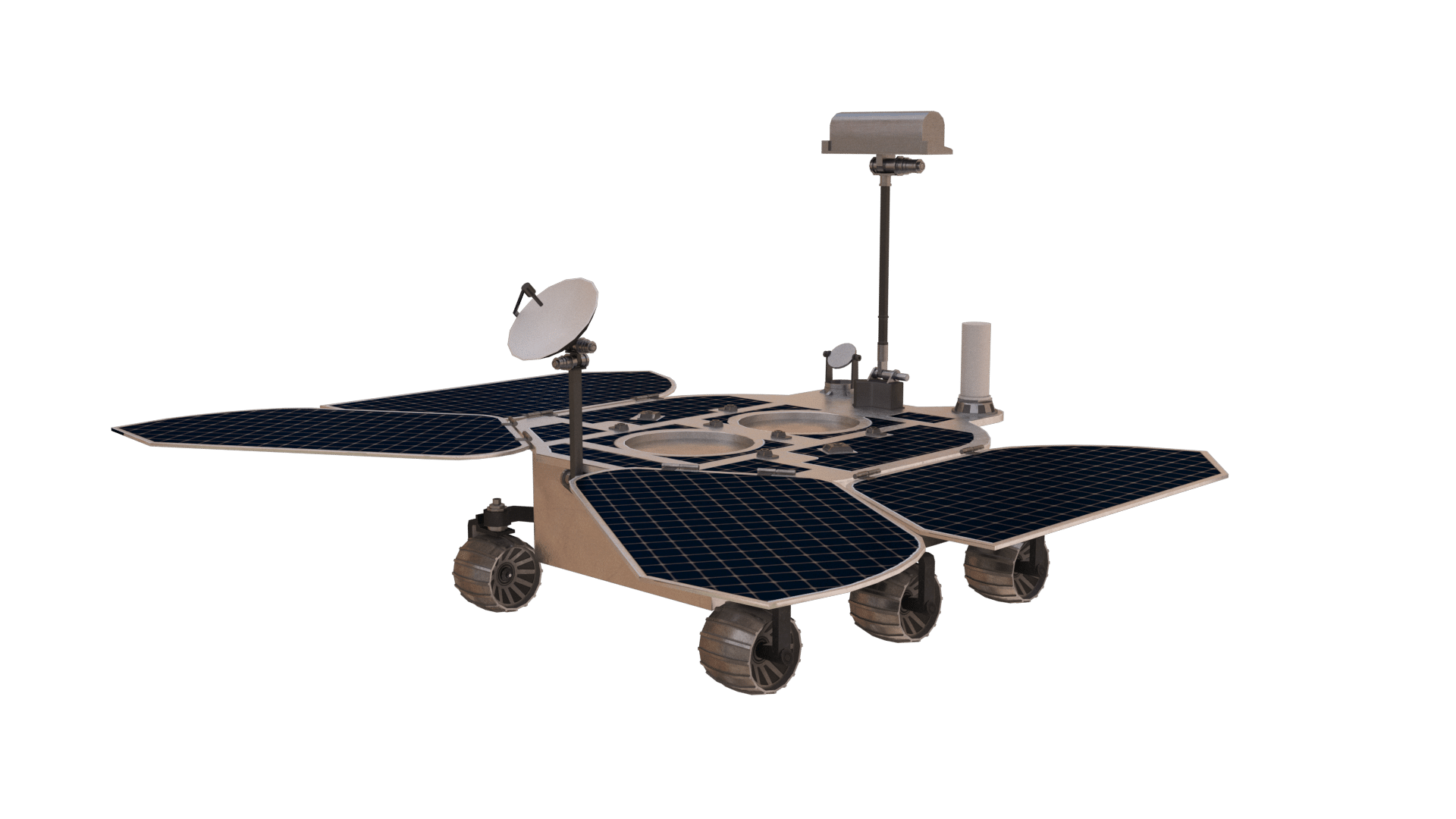 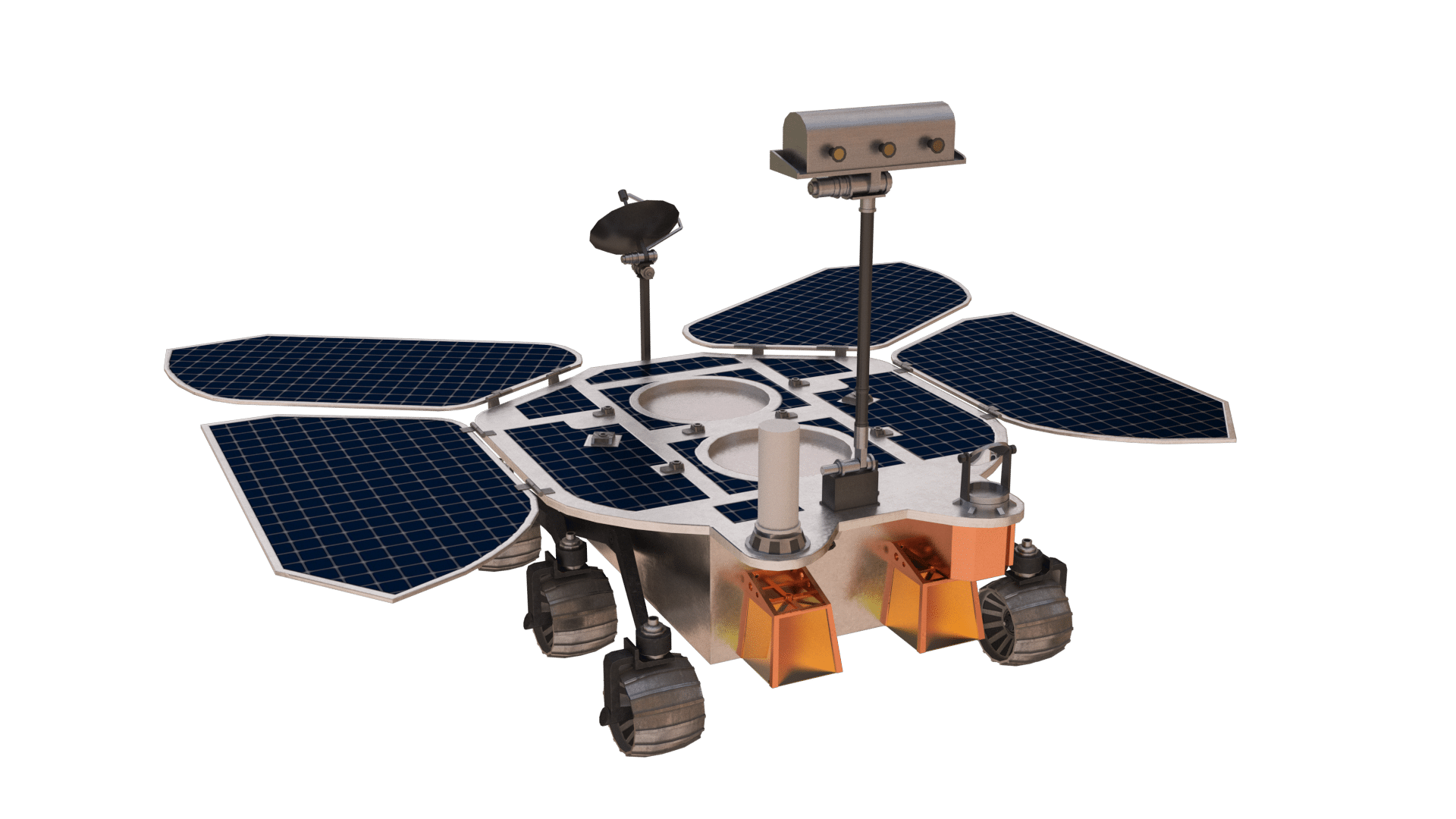 So, what are all those instruments onboard Tianwen-1?

The “Multi-Spectrum”, “Multi-Spectra” or “Multi-Spectral” Camera (MSC) is the main camera onboard Tianwen-1. From the top of the rover’s mast, MSC will acquire 4 Mpix images of the landing and roving areas trough nine different narrowband filters ranging from 480 to 1000 nm.

MSC images will be used to determine the composition of Mars soil and the distribution of different materials throughout the red planet’s surface. Specifically, together with MarsCoDe, it will search for carbonate minerals and weathering minerals such as hematite, layered silicate, hydrate sulfates and perchlorate minerals as they could be evidence to ancient lakes, alluvial continents and other former water-related landforms.

The Navigation and Topography Camera (NTC) or Navigation and Terrain Camera (NaTeCam) is a double camera system located on top of Tianwen-1’s mast. The system is integrated by two identical stereo cameras capable of producing 360º views by combining five pairs of subsequent images. The main purpose of this device is navigation perception. These cameras will act as the rover “eyes”, ceaselessly inspecting the terrain around it and reporting to the main computer so that it may drive safely.

NaTeCam data will also be used to conduct scientific investigations. Early analysis of NaTeCam images will be used to analyze the surrounding terrain and choose targets for MarsCoDe and MSC. Later on, NaTeCam images will provide context for the data produced by these other instruments. Moreover, NaTeCam data alone will support the study of Mars overall topography assessing slope, waviness and roughness.

The main goals of SPR are to determine the thickness of the upper Martian soil, investigate the structure of water-ice and dry ice (frozen CO2) deposits that may be buried under the surface and determine the depth distribution of the subsurface stratigraphy. In other words, SRP allows us to “see” under the ground to further understand Mars subsurface structure and geology and to look for frozen water and frozen CO2 deposits.

The Mars Surface Magnetic Field Detector (MSMFD) or Mars Magnetic Field Observation Station is a high-tech magnetometer located on the top board. This device is capable of detecting Mars magnetic field with a resolution better than 0.01 nT and identifying its magnetic index. Also, together with the Mars Magnetometer on the Tianwen-1 Orbiter, it will determine Mars ionosphere conductivity and study its currents.

Mars Meteorological Measurement Instrument (MMMI), also known as Mars Climate Detector or Mars Climate Station, is a weather station on board Tianwen-1. It’s composed of a sound and wind field measurement probe on the rover’s mast and a gas temperature and pressure measurement probe on the rover’s body. This set of instruments will simultaneously measure the temperature and air pressure on the Martian surface (with resolutions of 0.1 ºC and 0.1 Pa) and perform in situ measurements of wind field parameters (with a 0.1 m/s speed resolution and a 5º resolution on the wind direction). Additionally, it will monitor the sound of Mars surface.

Altogether, MMMI data will help us characterize the surface climate and environmental characteristics of Mars and even the seasonal variation of the weather. This information will not only help us better understand our neighbour planet but will also let us know the conditions we could meet in future human explorations.

Mars Surface Compound Detector (MSCD) or Mars Surface Composition Detection Package (MarsCoDe) is a versatile payload instrument onboard Tianwen-1. MarsCoDe is capable of performing ShortWave-InfraRed (SWIR) reflectance spectroscopy as well as Laser-Induced Breakdown Spectroscopy (LIBS) on surface targets up to a 7 m distance. Such experiments will provide a 240 to 2400 nm spectrum on the targets. Additionally, MarsCoDe includes a micro-imaging camera that takes high-resolution pictures of the targets being studied.

Analyzing MarsCoDe spectra will unveil the chemical composition of the targets’ surface, thus allowing the characterization of Martian minerals and rocks and studies on the geological evolution of the planet. Moreover, the quantitative determination of certain elements such as Carbon, Hydrogen, Phosphorus, Oxygen and Sulphur could also provide evidence of life on the red planet’s surface. 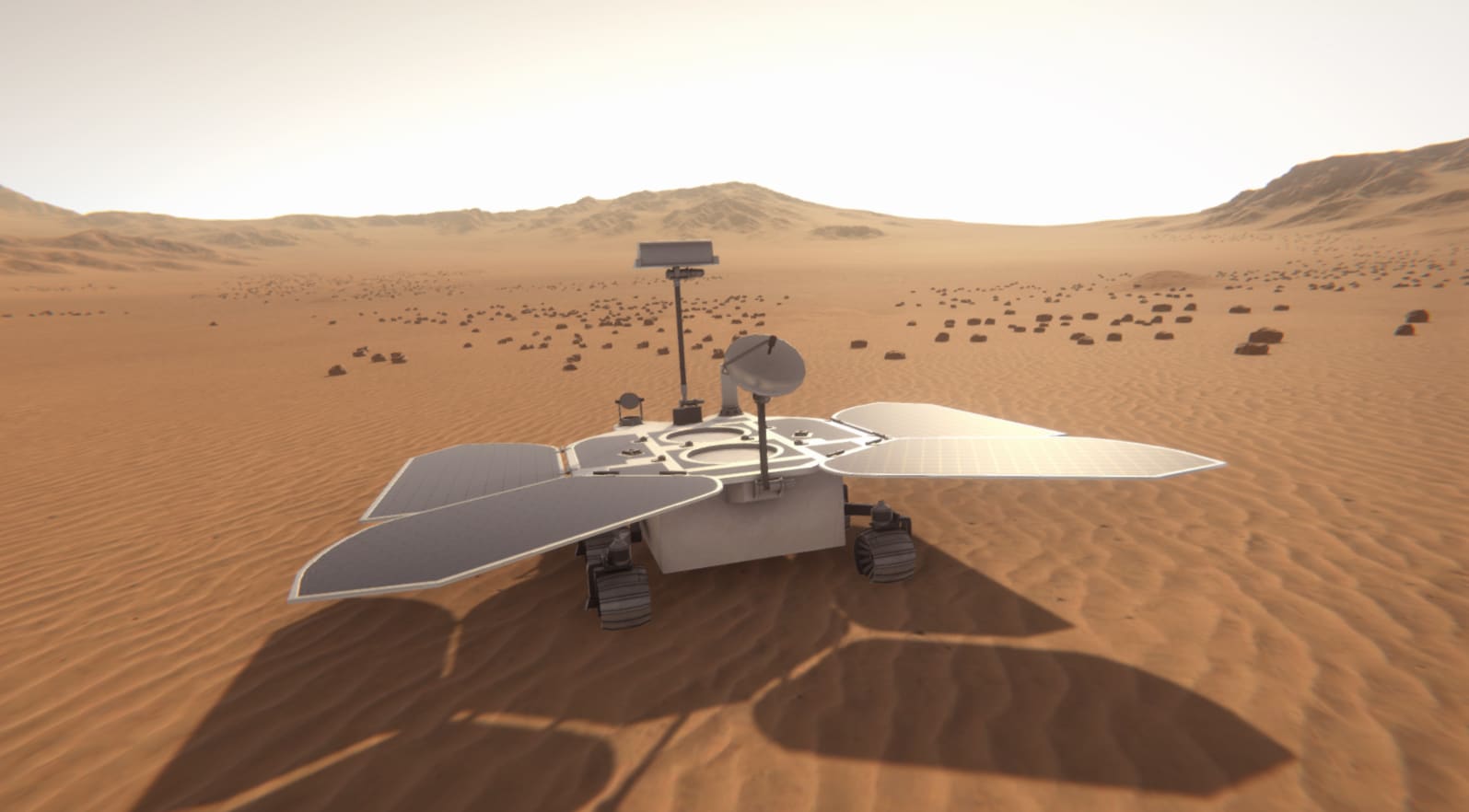