The very best 3D 67P for the CAESAR team 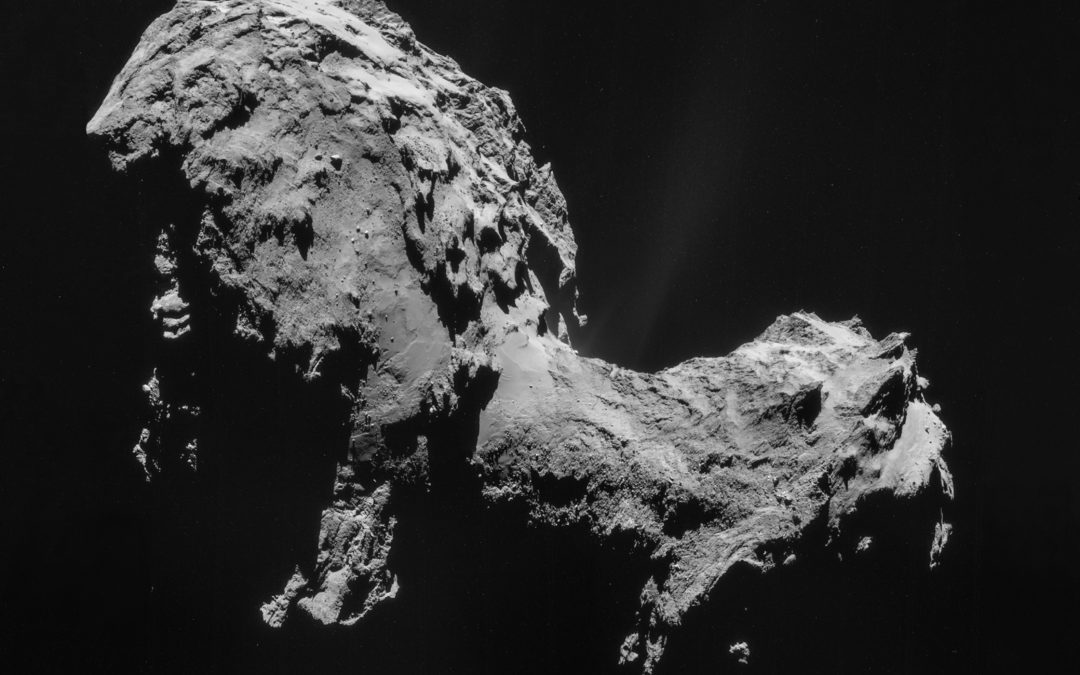 We have created the very best 3D model of the comet 67P for NASA’s CAESAR development team.

The Rosetta space probe along with the landing module Philae was launched by an Ariane 5 rocket on 2 March 2004. After a 10-year journey through the Solar System, on 6 August 2014, it reached the comet 67P/Churyumov–Gerasimenko (aka. 67P) and began its science mission. For almost two years, Rosetta made the most detailed study of a comet ever attempted. Day after day the spacecraft sent telemetry, pictures, and tons of valuable scientific data. Studying Rosettas’s data, researchers found traces of oxygen and hydrogen in the comet’s coma, and of molecular oxygen all around the comet. They found an unexpected amount of deuterium in the comet’s water, wrecking the until-then established theory about Earth’s water coming from comets. Active pits, related to sinkhole collapses and possibly associated with outbursts were also reported. And of course, they gathered the data needed to create the most accurate 3D model of a comet to date, which we created.

After such a success, lots of scientists are working full-time to decode all the information that Rosetta send, but meanwhile, some others are already looking further ahead into the future, outlining the CAESAR (Comet Astrobiology Exploration SAmple Return) mission.

If the CAESAR project is finally approved, NASA will take the lead in comet investigation, returning to the Earth a sample of a comet surface. In 2004 the Stardust probe took samples of a comet’s coma, and in 2005 Hayabusa followed its path returning a fragment of an asteroid, but taking a sample from the surface of a comet is something way more complicated that has never been done. CAESAR would collect about a hundred grams of both volatiles and solids from the comet, which, if successfully returned to Earth, will improve our knowledge about comet’s composition in a way we can now only imagine. Comets are made up of materials from ancient stars, interstellar clouds, and the birth of our solar system. So maybe, the CAESAR sample could reveal how these materials contributed to the early Earth, including the origins of the Earth’s oceans, and of life.

Because of all the data we already have about it, the chosen comet for the CAESAR probe is 67P, the same one that was visited by Rosetta only a few years ago. To outline their first sketches, the CAESAR team asked us for a 67P 3D model, so we headed to the database and gathered all the information to create a 3d-printing suitable shape of the comet. After overcoming a few technical difficulties, we created the final model, printed it at a giant scale, and send it to the USA, where hopefully it’s now helping to develop the mission.