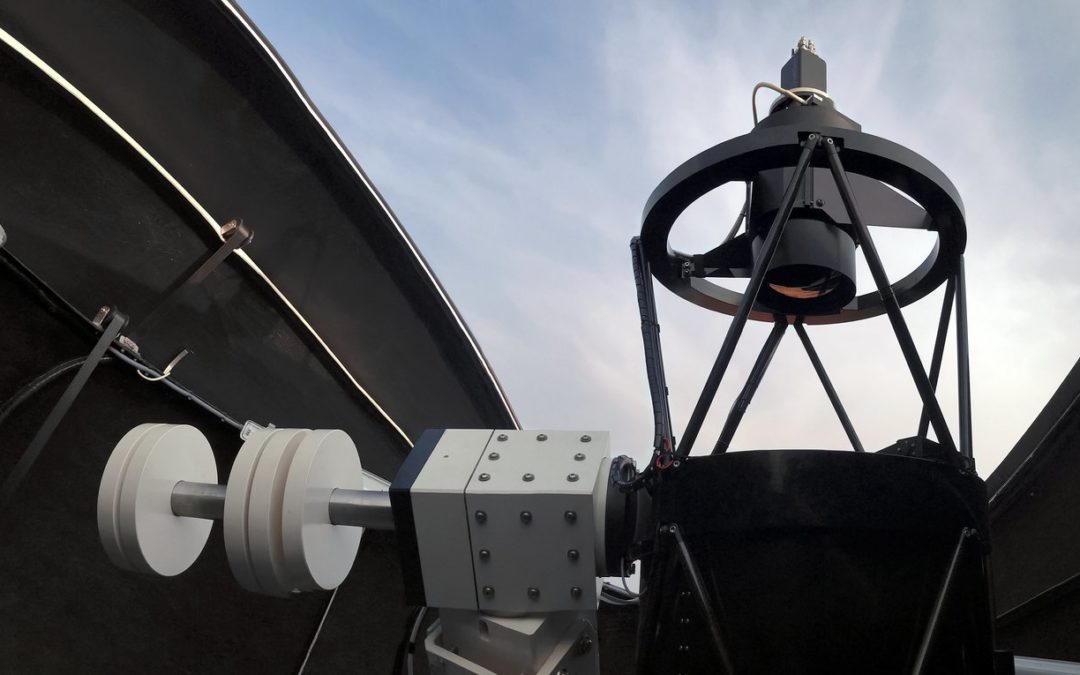 We have recently designed multimedia material for the presentation of a completely new space-related project: TBT, a robotic telescope that will look for unidentified objects close to Earth.

(You may find more information about the software design and implementation in this article.)

Back to us, we have created a presentation video on this project along with other multimedia material such as 3D models of the telescopes. This materials are used to present and explain the TBT project in all kind of situations, for example it’s often used to present the project in possible future TBT telescopes locations or to explain to the younger ones the importance of keeping track on space debris.