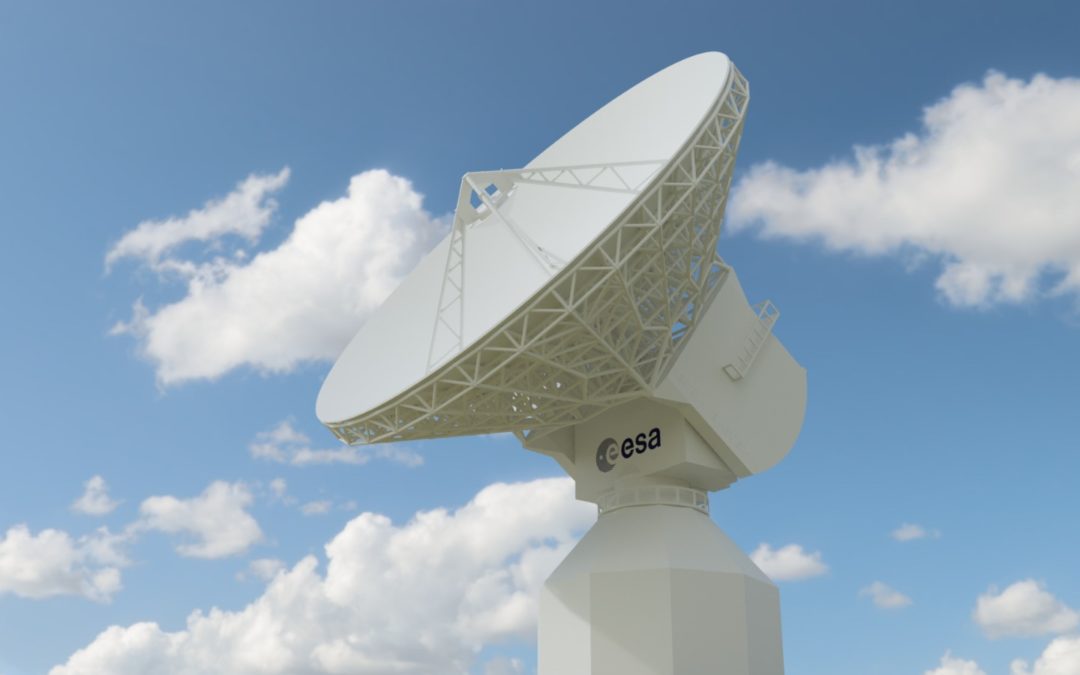 About the Scaled Model

One of our most frequently requested services is the 3D-printed scaled models’ provision. ISDEFE acknowledged it an ordered a huge model of the 35m DSA 2 (Deep Space Antenna 2) antenna located in ESA’s Cebreros ESTRACK Station. We were halfway done with the design when they changed their mind, the model was now to be of the DSA1 antenna located at ESA’s New Norcia (Australia) ESTRACK Station. Fortunately, all ESA 35m antennae look pretty much the same and we didn’t have to make any changes.

The scaled model was produced following our quality standards: it was designed from scratch by our 3D team to include the finest details and ensure 3D-printing compatibility and after approval by our experts, the antenna was carefully printed with high-quality materials. The order was delivered on time and right now it’s most likely in its way to New Norcia.

ESA’s tracking station network – Estrack – is a global system of ground stations providing links between satellites in orbit and ESOC, the European Space Operations Centre, Darmstadt, Germany. […] The essential task of all ESA (European Space Agency) ground tracking stations is to communicate with spacecraft, transmitting commands and receiving scientific data and spacecraft status information. […] In a typical year, the Estrack network provides over 15 000 hours of tracking support to 20 or more missions, with an enviable service availability rate above 99%. […] Tracking is provided through all phases of a mission, from ‘LEOP’ – the critical Launch and Early Orbit Phase – through to routine operations, special manoeuvres or flybys and ultimately through deorbiting and safe disposal. Estrack can also track rockets flying from Kourou in French Guiana. […] *1

In the early days, Estrack began as a single 15m-diameter antenna for the International Ultraviolet Explorer mission. It was located at the Villafranca del Castillo station (Spain), now reborn as ESAC, the European Space Astronomy Centre. Over the years, more stations were built, namely at Kourou (French Guiana), Redu (Belgium), Santa Maria (Portugal), Kiruna (Sweden) and Perth (Australia). (Note that alike the Villafranca del Castillo one, Perth station was retired from service.) The four remaining stations are still used for tracking satellite or launchers near Earth and feature 13-, 13.5- or 15-metre dish antennas that are suitable for this purpose but unable to communicate with spacecraft in deep space…

In 1998, ESA decided to establish its own network for tracking deep-space probes to cope with the expected rapid rise in the number of interplanetary missions. The aim was to establish three terrestrial stations about 120° apart in longitude to provide continuous coverage as Earth rotated. […] In the 2000s, the first of three 35 m-diameter Deep Space Antennas (DSA) was built in New Norcia (Australia), followed by stations at Cebreros (Spain) and Malargüe (Argentina). These feature some of the world’s best tracking station technology and enable communications with spacecraft voyaging hundreds of millions of kilometres in space. […] *1

Nowadays, Estrack’s core network comprises seven stations: the smaller ones located at Kourou, Redu, Santa Maria and Kiruna, and the “flagships” at New Norcia, Cebreros and Malargüe that respectively host the DSA1, DSA2 and DSA3 antennae. 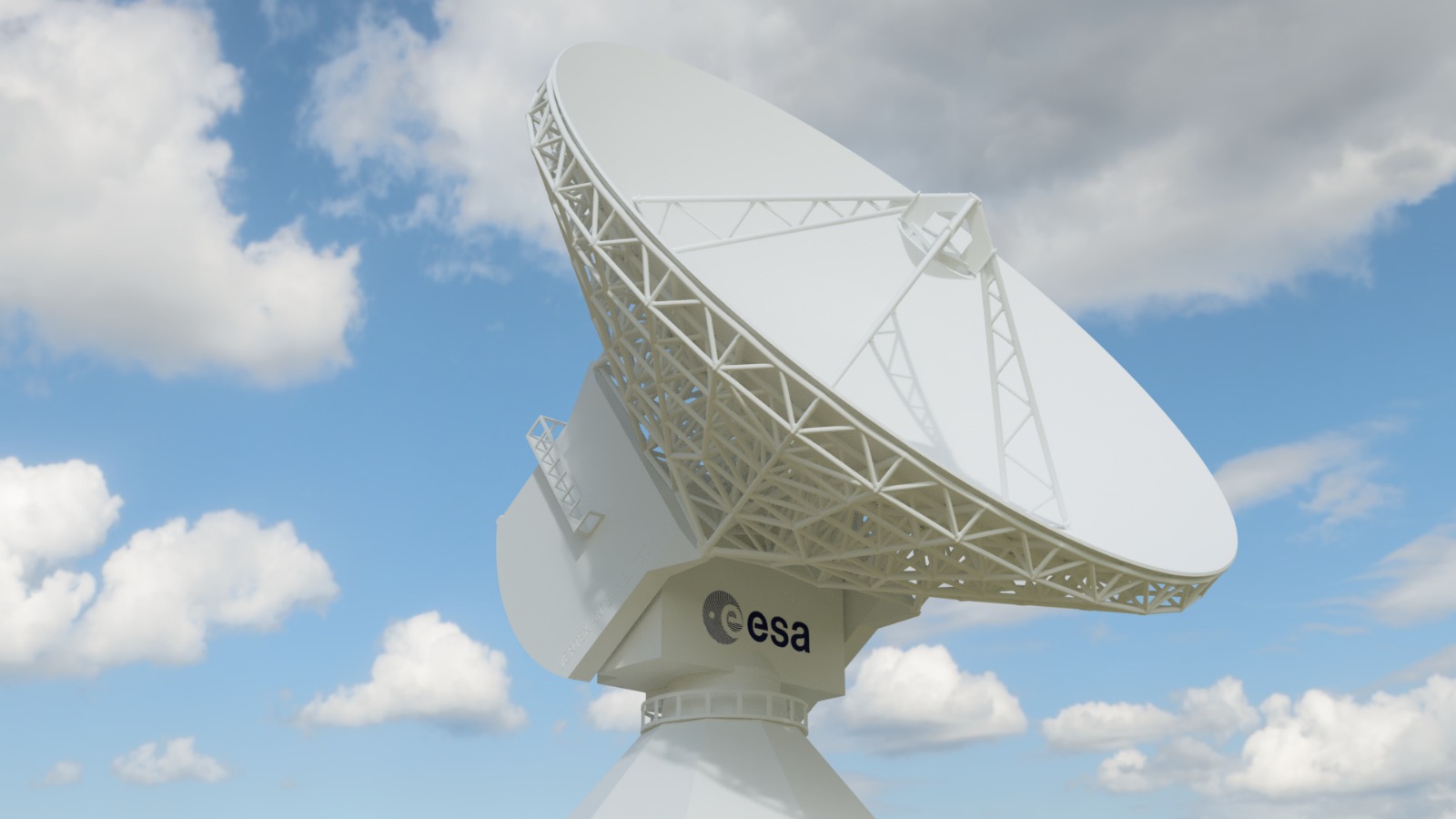 About DSA1 and DSA2

The New Norcia station, DSA 1 (Deep Space Antenna 1), hosts a 35-metre deep-space antenna with transmission and reception in both S- and X-band and is located 140 kilometres north of Perth, Western Australia, close to the town of New Norcia. DSA-1 is designed for communicating with deep-space missions and provides support to spacecraft such as Mars Express, Rosetta and Gaia for routine operations. […]

The technical facilities at New Norcia comprise S- and X-band uplink and downlink equipment, a ranging system, a frequency and timing system, a monitoring and control system and a communications system. The site is equipped with a no-break power plant. […]

DSA-1 at New Norcia provides routine operations support to ESA’s ongoing deep-space missions Mars Express and Rosetta, as well as to other missions including Gaia and Cluster II. DSA-1 also supports Launch and Early Orbit Phase (LEOP), and provides support to missions operated by other agencies under resource-sharing agreements. […]

The Cebreros station, DSA 2 (Deep Space Antenna 2), is located 77 kms west of Madrid, Spain. It hosts a 35-metre antenna with transmission and reception in X-band and reception in Ka-band. It provides routine support to deep-space missions including Mars Express, Gaia and Rosetta. […]