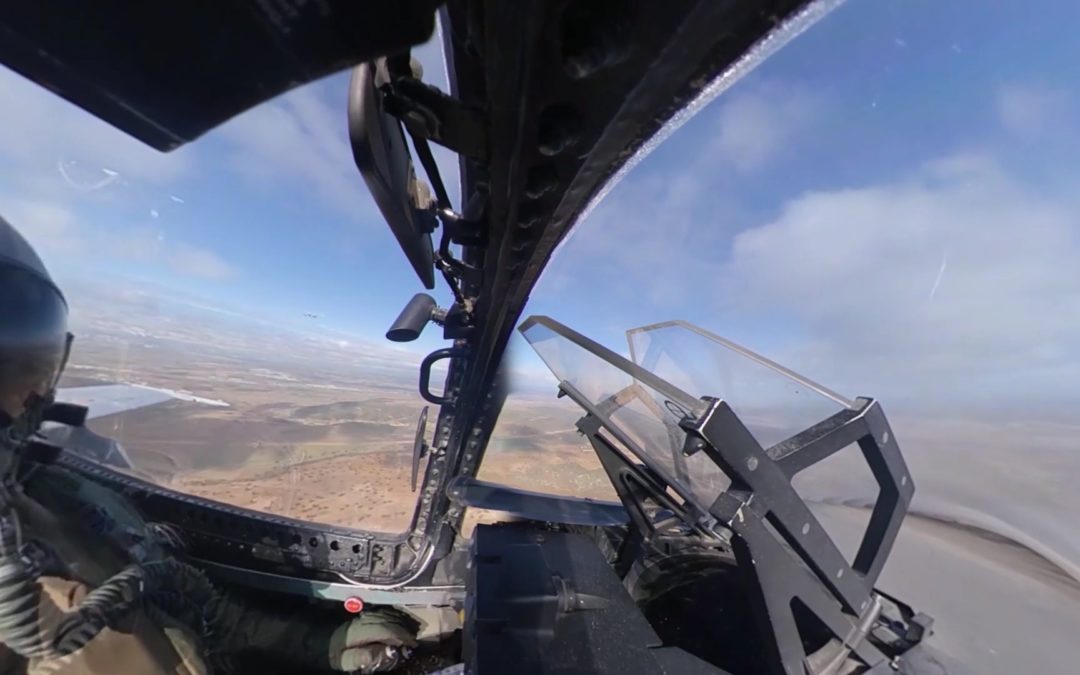 We produce a 360º video of an F18 fighter jet flight as seen from the pilot’s point of view. It was shot by the Eagle Squad and will be seen by millions of visitors in museums and educational programmes.

The production of this video was requested by FAAE (Spanish Aeronautic and Astronautic Foundation). In collaboration with Isdefe (Engineering of Defense Systems for Spain) and the Spanish Air Forces, we installed a 360º video camera in the cabin of an F18 fighter jet. During the following days, the Eagle Squad of the Spanish Air Forces took the jet for several practice manoeuvres (formation flying, on-flight refuel…) and our camera captured the whole process. Back at our office, we produced the 360º video to make it ready both for uploading it on-line and to use it with a Virtual Reality setup. Not far from now, the video will begin to be used in museums and educational programs to show people how does it feel to fly a fighter jet and how on-flight refuel and other complex manoeuvres are performed.

On the Aeronautic and Astronautic Museum

The Air Museum (actually, Spanish Aeronautic and Astronautic Museum) is located at the Cuatro Vientos airbase in Madrid and is free for everyone to visit it. It hosts over 140 iconic Spanish aircraft from the Civil War and later as well as many uniforms, motors and pieces related to the history of manned flights. On weekends and special occasions, public activities about aviation and space exploration are organized. At some point in the future, our complete set of 360º videos will be included as part of some activity or the guided visits. Feel free to pay them a visit!

All footage © credited to: