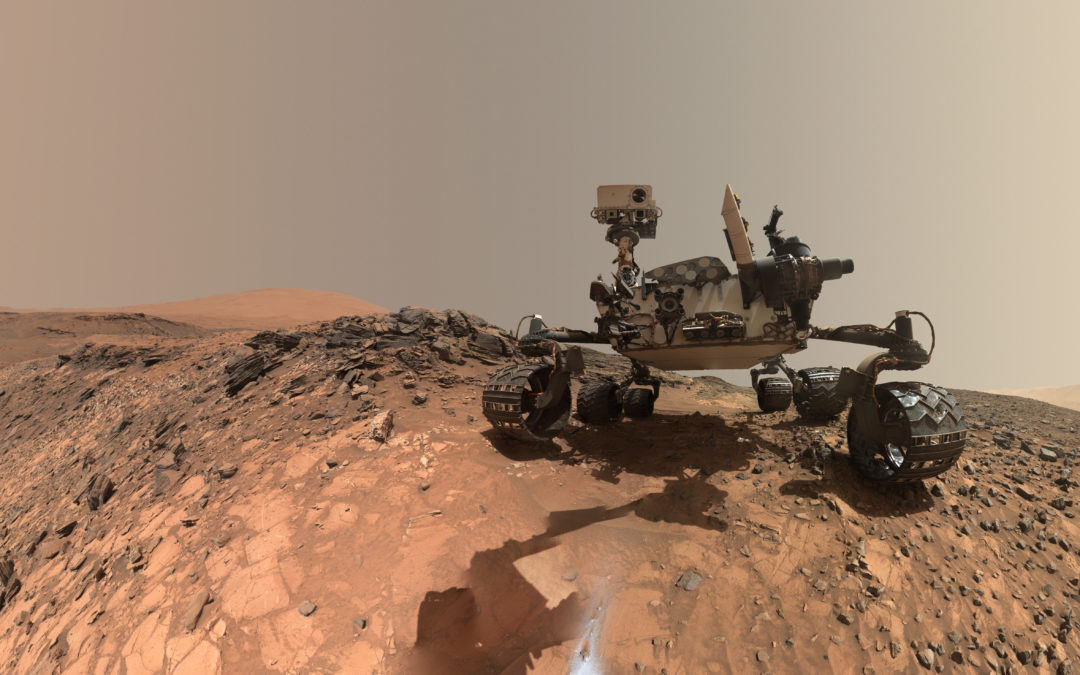 Under contract with the CAB we have created a 13min video on Mars Curiosity Rover and its instrument REMS among some other multimedia material.

Curiosity is the Rover of NASA’s Mars Science Laboratory (MSL) mission. Its a small-car-sized six-wheeled vehicle capable of moving in Mars’ surface at about 30 meters per hour. With almost a dozen main scientific instruments on board, Curiosity is truly a laboratory on wheels. MSL’s aim and inherently Curiosity’s mission is to provide all kind of information about Mars, mainly about the possibility of Mars hosting life or ever having hosted it, but also about Mars’ climate and geology. Actually, any information that helps us understand our neighbor planet and maybe visit it some day is of interest to Curiosity.

Since August 5, 2012, Curiosity is moving on Mars surface, investigating the Gale Crater (where it landed) seeking for the information we need. You can find more information about Curiosity and its mission and instruments in its main website mars.nasa.gov/msl or also in the video we created:

As explained in the video, REMS (Rover Environmental Monitoring Station) is one of the main scientific instruments that Curiosity has on board. It’s a weather station designed to operate on Mars. Each hour, REMS records 5 minutes of data and sends them to Earth. Here, after proper analysis, they will help us understand Mars climate and atmosphere dynamics.

REMS was designed and built in Spain by the CAB, with the Finnish Meteorological Institute as a partner. CAB (Astrobiology Centre) associated to the NASA Astrobiology Institute is a joint institution between CSIC (Superior Scientific Investigations Council) and INTA (National Institute of Aerospacial Technology) founded to investigate a relatively new field of study, astrobiology. REMS is the only European device in the rover, and it’s the first device built in Spain that has been sent to Mars. Its a prove of our scientist and engineers capabilities.

CAB has a Scientific Culture Unit (UCC) that collaborates with the UCC+i network from FECYT. The UCC is meant to disseminate the latest astrobiology discoveries and to approach science to the general public. For this purpose they use our video and some other multimedia material that we created, like a 3D model of Curiosity which was also used to create the footage.