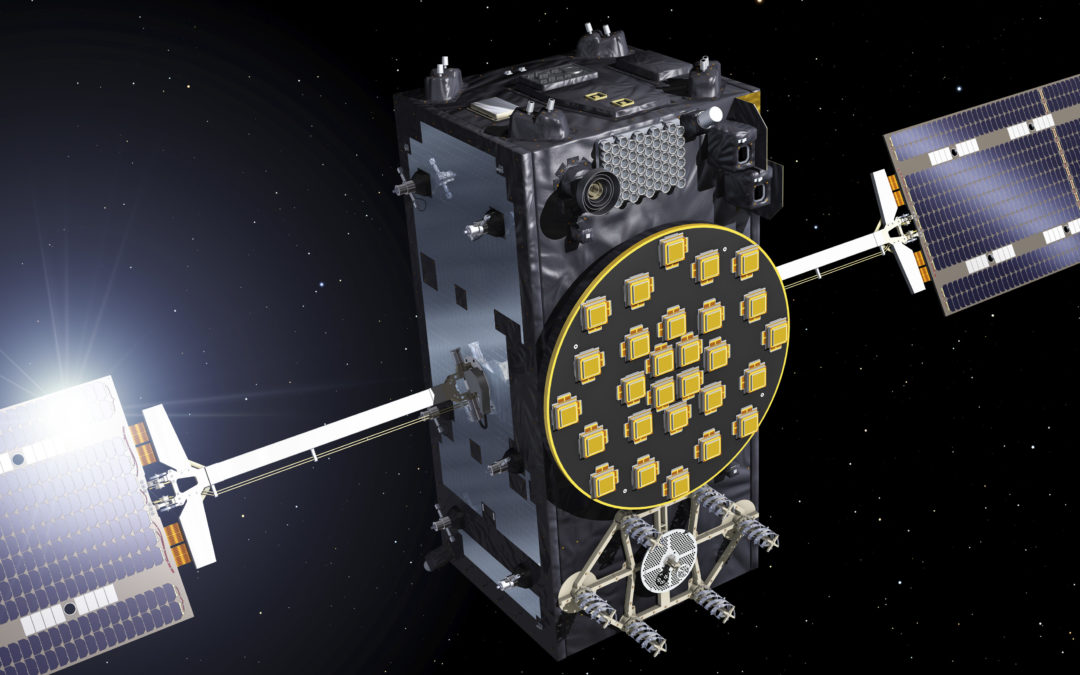 We release our latest 3D creation: a Galileo satellite scale model. This model was designed from scratch under contract with ESA’s Galileo Programme.

Galileo is a global navigation satellite system created by the European Union (EU) and developed by the European Space Agency (ESA). This project is for civilian use: thanks to Galileo, European civilians will be able to accurately get their position without relying in the US’ GPS system. However, Galileo and GPS can work at the same time when both are available, they can even work together with Glonass, the Russian navigation satellite system.

The Galileo system began operations in December 2016 and the full constellation of 24 satellites is scheduled to be completed by 2020. Once completed, it will be capable of achieving a precision in the meter range, due to the modern technologies installed in the satellites. Moreover, there is more than a 90% chances that anyone anywhere in the world is in sight of at least four satellites, thanks to the smart distribution of the constellation.

ESA’s Galileo Programme asked us for a detailed 3D model of one Galileo satellite and this is our result:

With solar panels, instruments and many other details, it is ready for 3D printing or to include it in Virtual Reality simulations.