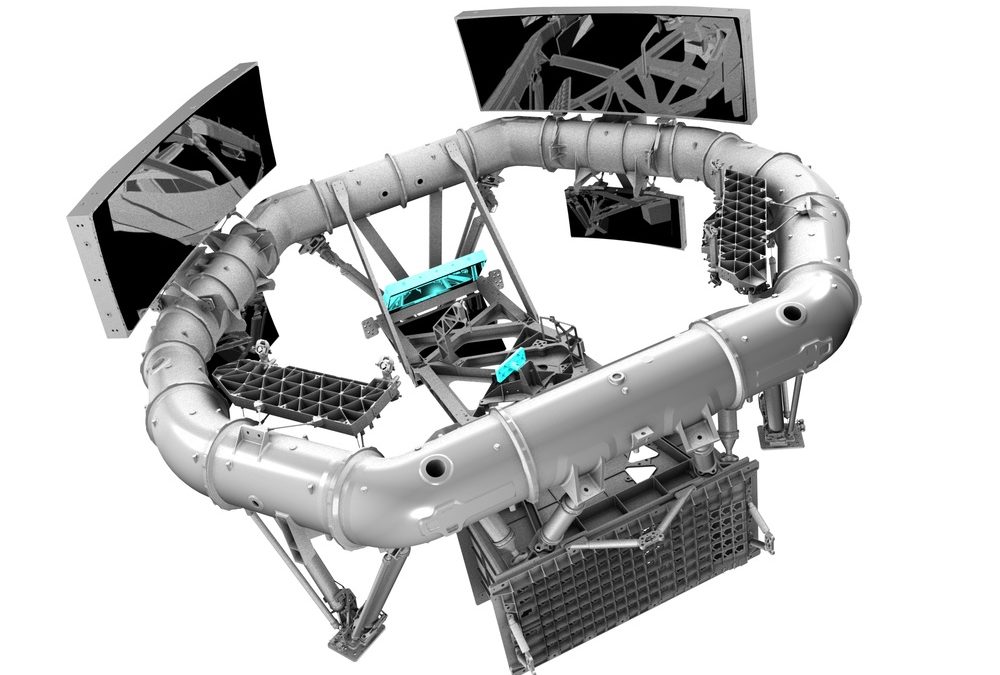 At Space Robotics, we are constantly building space missions’ scaled models for many porpuses, and all our designs always include the finest details to match the originals. But this time, we have gone one step further, we have built an actual functional scaled model of Gaia’s payload. Keep reading and find out why and how:

About the functional scaled payload

Modern telescopes have nothing to do with the original Galilean refractor. Galileo’s first telescope had only about 1m focal length and it was built by fitting two lenses in a wood tube. The light-path trough that telescope may easily be explained with a quick and simple diagram drawn on a paper. However, Gaia’s scaled payload includes two 0.7-square-meters-aperture, 35-meter-focal-length telescopes built in by fitting 10 micrometrically-designed mirrors in a 3-meters-diameter hexagonal optical bench. The light-path trough such a complex design definitely cannot be properly explained with a quick and simple 2D diagram, hence, scholars face an issue when trying to explain it.

At space robotics, we have given a solution to this problem by building a functional scaled model of Gaia’s payload. We recreated Gaia’s inside at our scaled models’ department and 3D-printed the result. Adjustable supports for the mirrors were then included, and finally, homemade mirrors with the same shape as the originals were attached to them. With distant laser pointers simulating stars, the light paths through these complex telescope are clearly visible when dust or water vapour is scattered into the model. 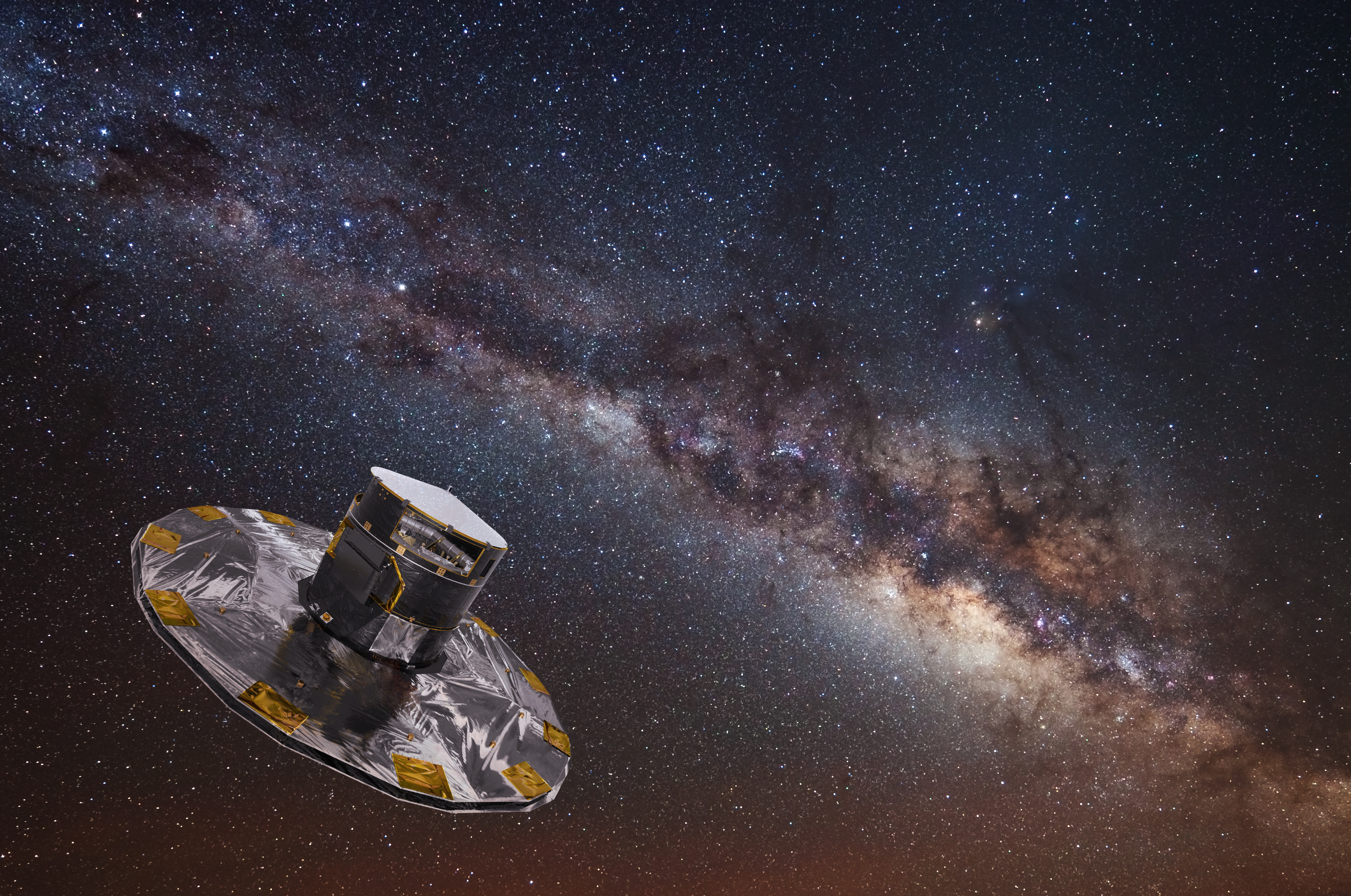 Within ESA Horizon 2000 programme, Gaia was launched on December 19, 2013, by Arianespace, using a Soyuz ST-B rocket. It was launched from the French Guiana into a Lissajous orbit at Sun-Earth L2. Gaia is the successor of the Hipparcos satellite and it’s continuing its astrometric objectives. During its five year mission, Gaia will observe over a billion stars up to magnitude 20 and it will observe about 70 times each one, providing with unprecedented accuracy the following parameters:

In other words, Gaia will create a 3D dynamic map with information from over one billion stars that surround us.

Additionally, Gaia is expected to discover thousands of quasars and exoplanets beyond our Solar System and thousands of asteroids and comets within it.

To achieve the billion-star challenge, Gaia was equipped with the very best science instruments available. Also, the Mechanical Service Module uses the latest technologies. The main components of Gaia are: 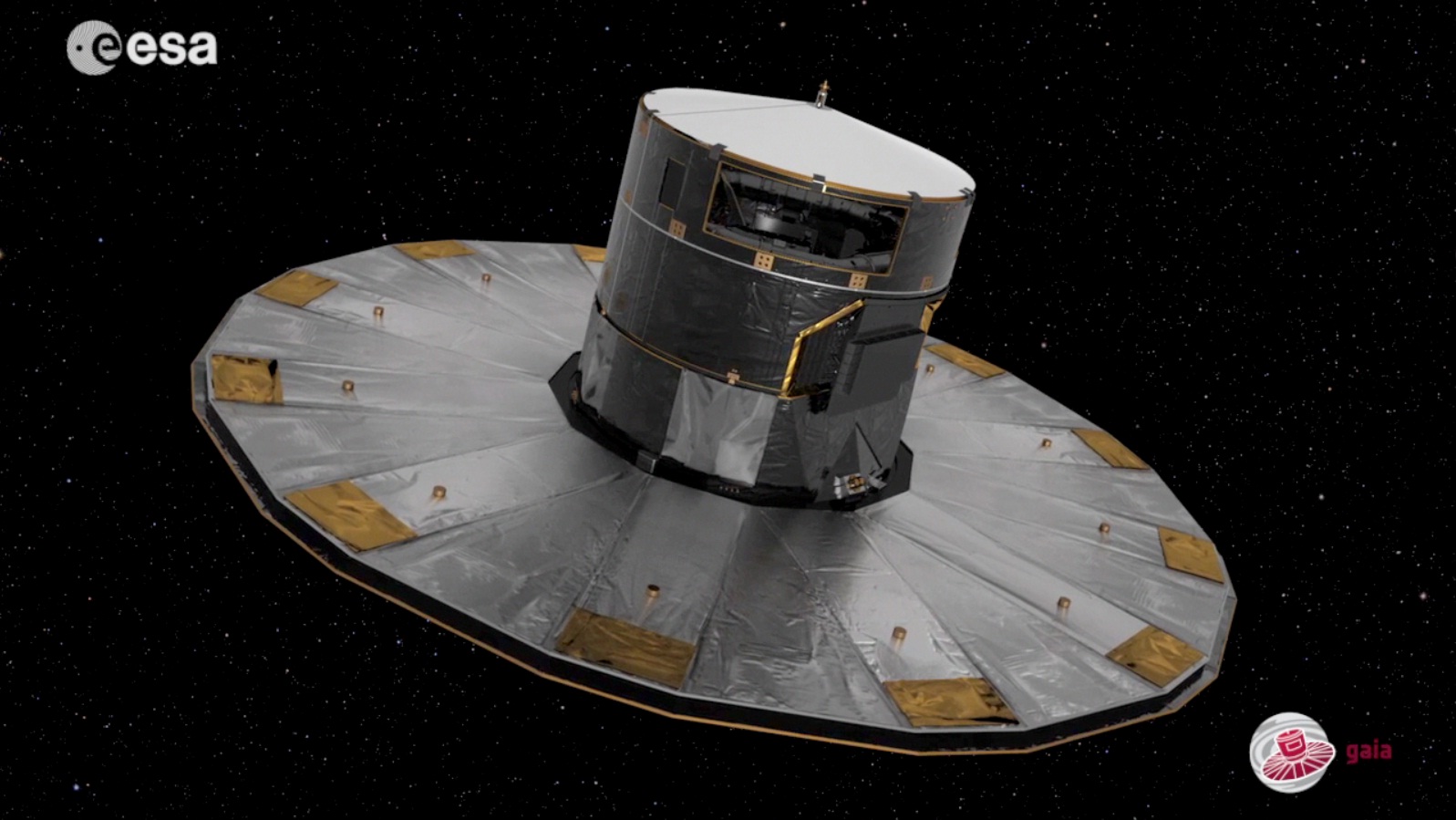