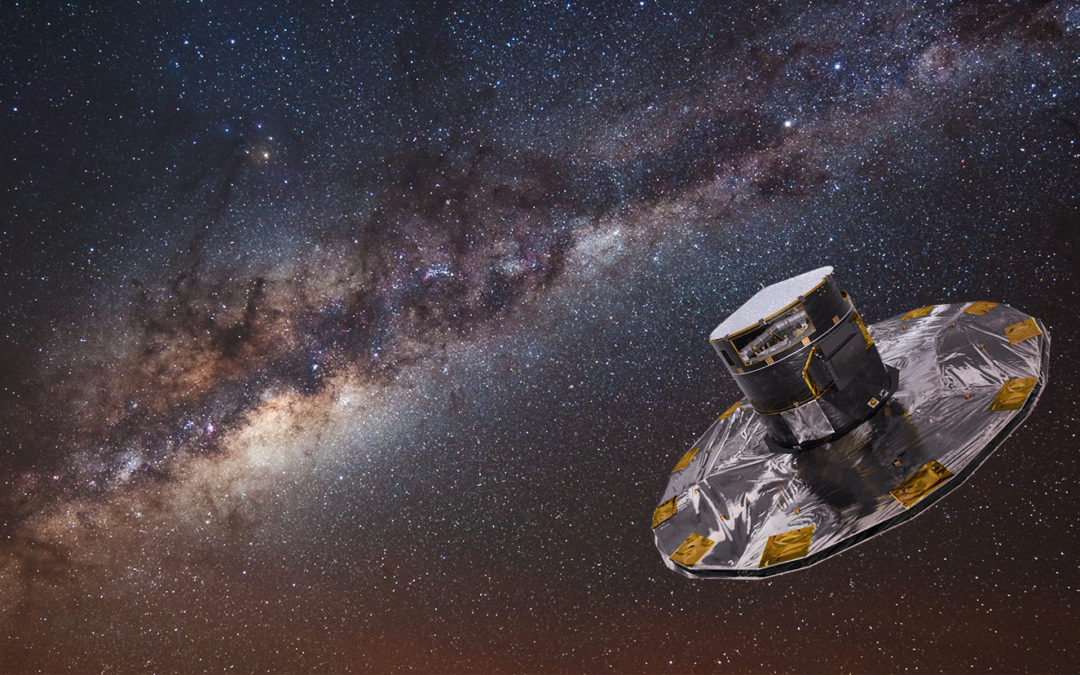 ESA‘s mission Gaia was our choice to create a new 3D scale model.

Within ESA Horizon 2000 programme, Gaia was launched on December 19, 2013, by Arianespace, using a Soyuz ST-B rocket. It was launched from the French Guiana into a Lissajous orbit at Sun-Earth L2. Gaia is the successor of the Hipparcos satellite and it’s continuing its astrometric objectives. During its five year mission, Gaia will observe over a billion stars up to magnitude 20 and it will observe about 70 times each one, providing with unprecedented accuracy the following parameters:

In other words, Gaia will create a 3D dynamic map with information from over one billion stars that surround us.

Additionally, Gaia is expected to discover thousands of quasars and exoplanets beyond our Solar System and thousands of asteroids and comets within it.

To achieve the billion star challenge, Gaia was equipped with the very best science instruments available. Also, the Mechanical Service Module uses the latest technologies. These are some of Gaia components, all of them included in our 3D scale model:

Our Gaia scale model includes all these details and many more. And as always, we have designed it from scratch to ensure the best quality and full 3d-printing compatibility.