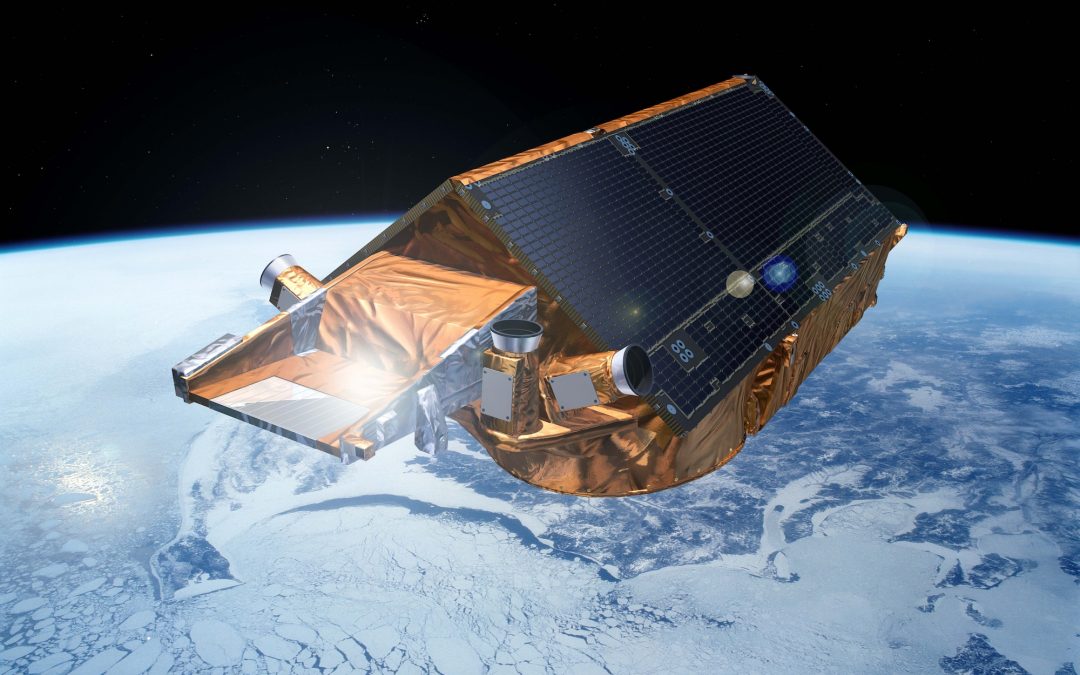 We design and build an ultra-realistic scaled model of the ESA Earth-observation mission CryoSat.

CryoSat is one of the many scientific Earth-observation programmes currently ongoing at ESA. The aim of the CryoSat mission in particular is to determine variations in the thickness of the Earth’s continental ice sheets and marine ice cover. The data provided by this program is not only helping us understand how Earth’s ice is evolving but also how bad is the global warming impact in the ice sheets and how much is its melting contributing to the rising of sea level.

One can easily see the importance of such a mission; that’s why it was approved as early as 1999 and why the building of the original CryoSat satellite was completed back in 2004. However, this satellite was lost due to a launch failure in 2005.

Luckily, the programme was re-approved and CryoSat-2 was built and successfully launched in 2010. The new satellite is quite similar to its older brother. Its primary payload is the SAR Interferometric Radar Altimeter (SIRAL), a sophisticated altimeter designed to measure ice sheet elevation and sea ice freeboard. To do so, it sends a radar pulse towards the Earth’s surface and records the return echoes. The analysis of these recordings provides the ice thickness measurements, which are now openly available for everyone to study. Check them out!

Has you may have guessed by now, our Scaled Models Department has been working on a replica of this iconic satellite. With our new computers and a larger team dedicated to these tasks, we are now producing ultra-realistic 3D CGI that feature the tiniest details and perfectly resemble all surfaces and materials. Furthermore, we are now using even-higher-quality materials to 3D-print these models and assure that all details are accurately printed and all surfaces are properly represented. They literally shine! Get yours now!