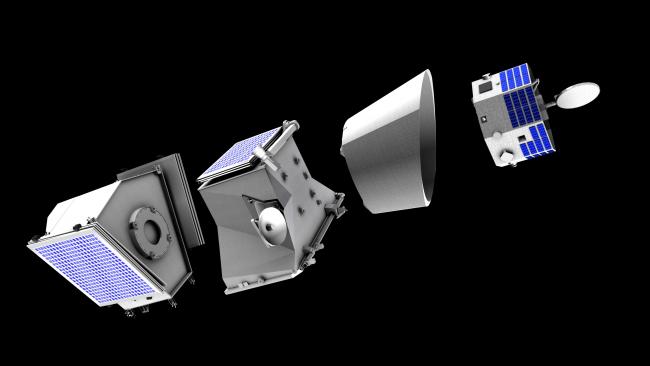 BepiColombo is Europe’s first mission to Mercury. It is actually a joint adventure between ESA (the European Space Agency) and JAXA (the Japan Aerospace Exploration Agency). ESA has built the MPO (Mercury Planetary Orbiter) while JAXA is in charge of the MMO (Mercury Magnetospheric Orbiter). Both satellites will be carried to Mercury by the MTM (Mercury Transfer Module), which on October 20, 2018, will be launched by an Ariane 5 rocket from the French Guiana, beginning its seven-year journey through the Solar System.

About the BepiColombo Scaled Model

Every time the final blueprints of a new space probe are confirmed we rush on to create its scaled model and BepiColombo was no different, such a mission had to be in our collection. As always, we designed it from scratch, to ensure that all the details are included, all the measures are accurate, and the final result is suitable both for 3D-printing and digital display. The particularity of this design is that it’s detachable. The solar panels and other deployable parts such as scientific instruments or antennae are printed separately and may be detached from the model and attached again. The three main modules and the MMO sun-shield are put together with magnets, so they can also be separated from each other. This is great to explain the different detaching procedures that BepiColombo will go through once in Mercury, which makes this model perfect for educational purposes. Still, you can also purchase it just for fun or for any other purpose you have in mind. 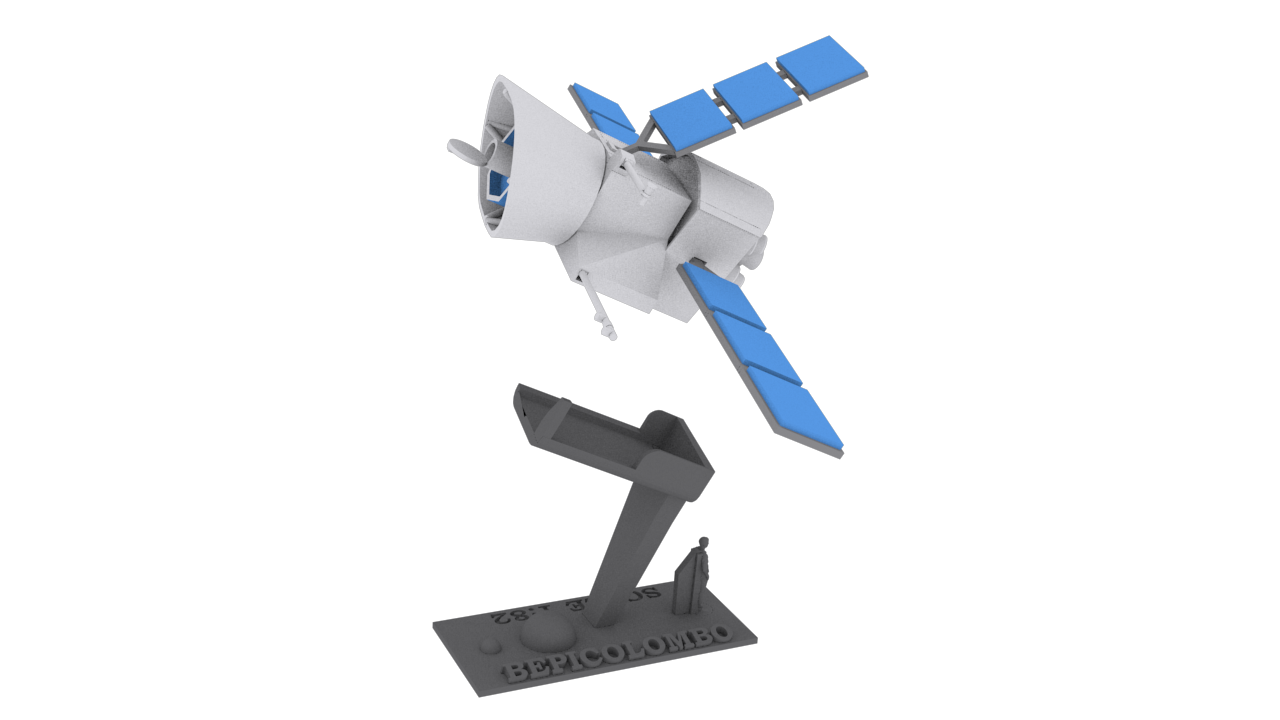