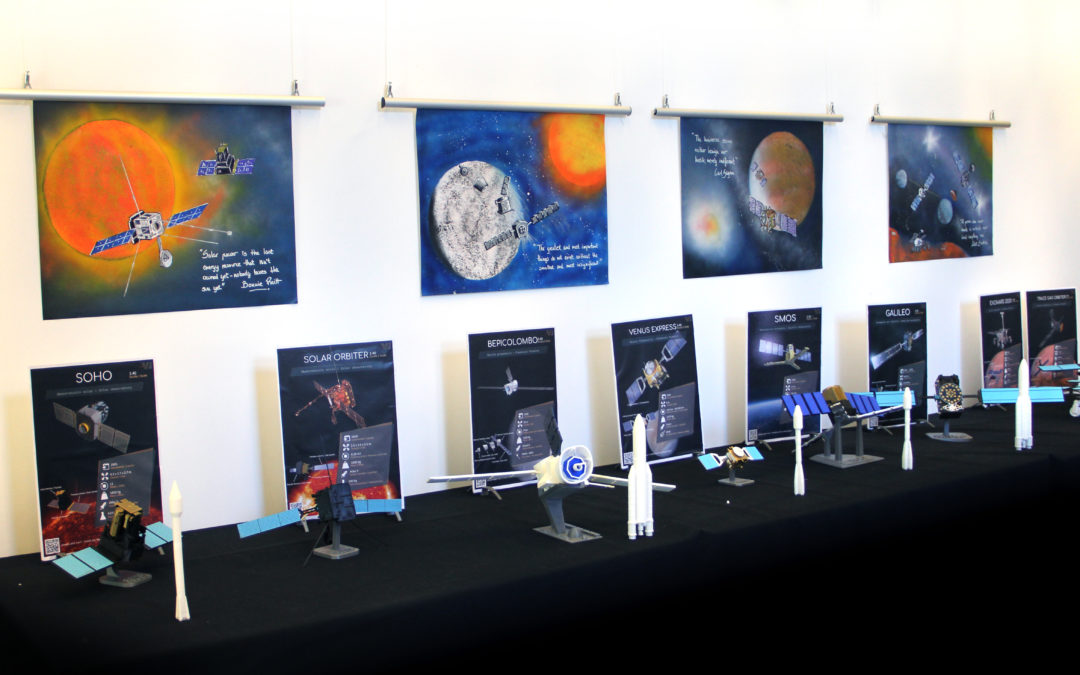 ESA’s ESAC D-bulding hosts during this summer an Artistic-Scientific-Technological exhibition by SpaceRobotics, where planetary exploration is presented in an absolutely innovative way. 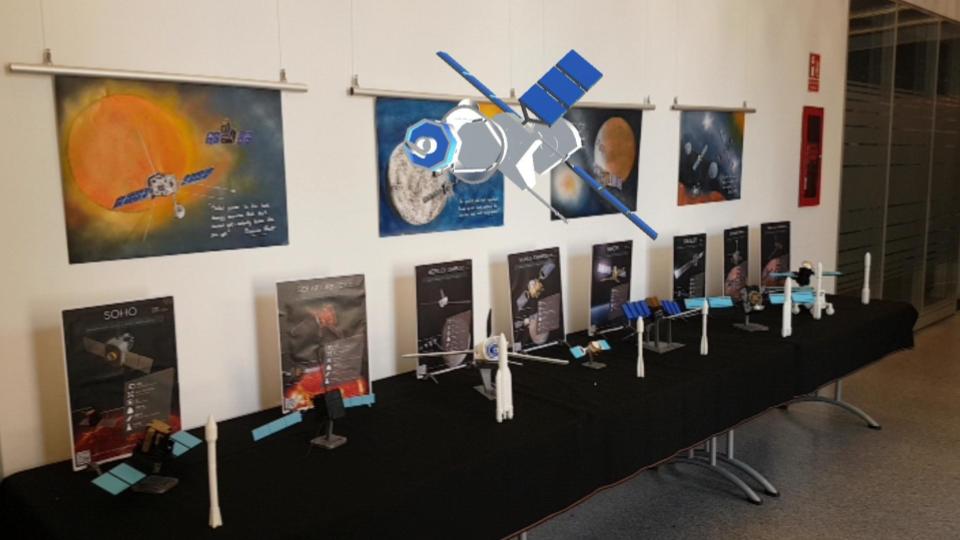 The exhibition itself is about ESA’s exploration of the Universe and displays many of the satellites and spacecraft that the agency has used for this purpose. It is definitely an exciting experience not only because it allows you to explore space science missions in the very same center where their data is stored and analyzed, but also because of the way in which these missions are presented, as, as seen in the images, for many of them, artistic, physical-3D-printed and even virtual representations are in display. Artistic representations are unsigned paint-on-canvas drawings credited to SpaceRobotics. Each of these pieces portraits a beautifully-drawn Solar-System-object and an artistic representation of the ESA mission that went all the way there to explore it. Also, each painting includes a famous quote somehow related to that particular mission. 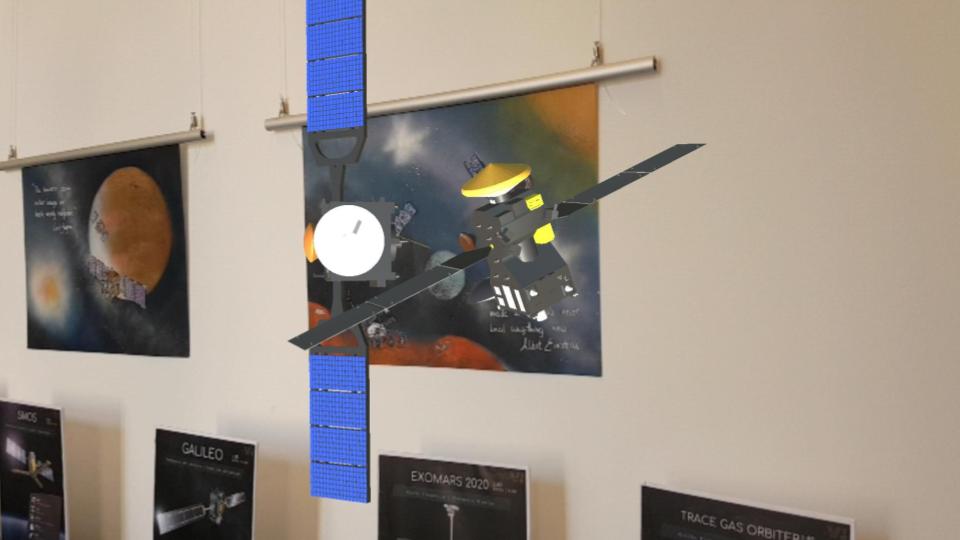 Together with the fine art, 3D-printed scaled models of the missions that were carefully designed to show all the details are on display. There are even more scale models than paintings because paintings are about planetary exploration and other Solar-System-objets but there are also models for other ESA endeavors such as Space Observatories. These scale-models can be handled by visitors and are very useful to understand the design of the spacecraft, the reasons for it being that way, and how it works. Finally, the icing on the cake is the virtual representations in augmented reality: The exhibition is complemented by the free Android App “NubaloAR”: While the app is running it displays a real-time image captured by your phone’s camera, and whenever you point to any of the art pieces, a 3D-model related to that painting appears on your screen. A different design has specifically been created for each drawing and some of them are even interactive, for example, Bepicolombo separates into its different modules. Virtual 3D spacecraft complement the 3D printed ones and besides being fun they also help to visualize the mission’s design. It is a lifetime immersive experience that the visitors live at ESAC. 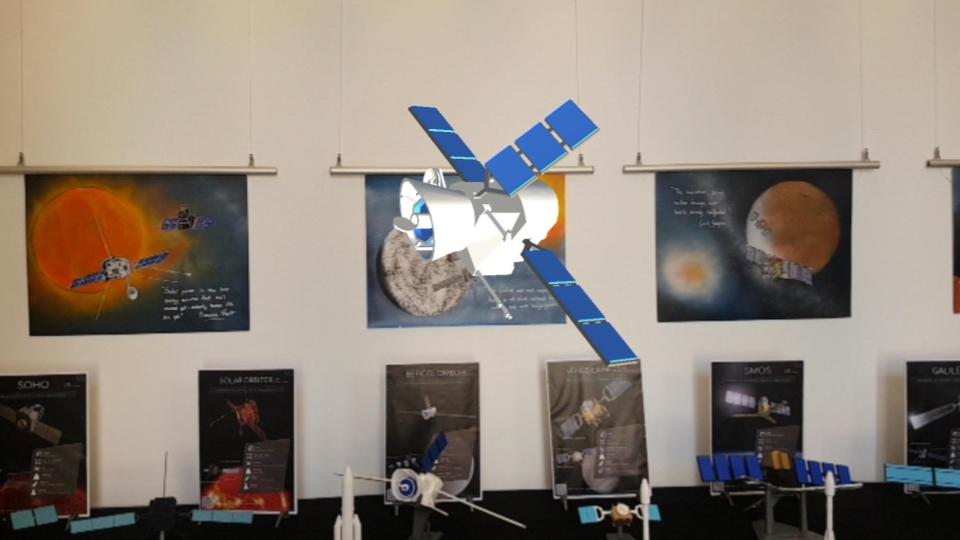 The D-building at ESAC (European Space Astronomy Centre), where the exhibition takes place, is a shared facility between ESA (European Space Agency) and CAB (AstroBiology Centre). CAB, associated to the NASA Astrobiology Institute, is a joint institution between CSIC (Superior Scientific Investigations Council) and INTA (National Institute of Aerospace Technology), which has been present at ESAC since the early days of LAEFF (Laboratory for Space Astrophysics and Theoretical Physics), now part of CAB’s Astrophysics Department. Besides for hosting CAB’s Astrophysics Department and many ESA workers, ESAC’s D-building also provides space for meeting and projection rooms that are used for reunions, institutional visits, workshops, and for special events such as ESAC’s Space Camp or the latest SpaceRobotics exhibition that we presented above. 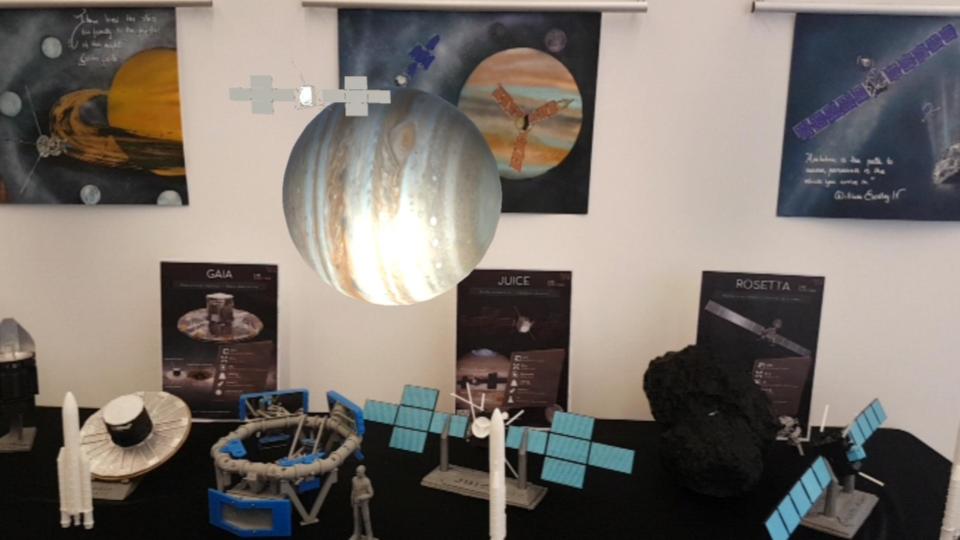 The following can be seen among the represented spacecraft: 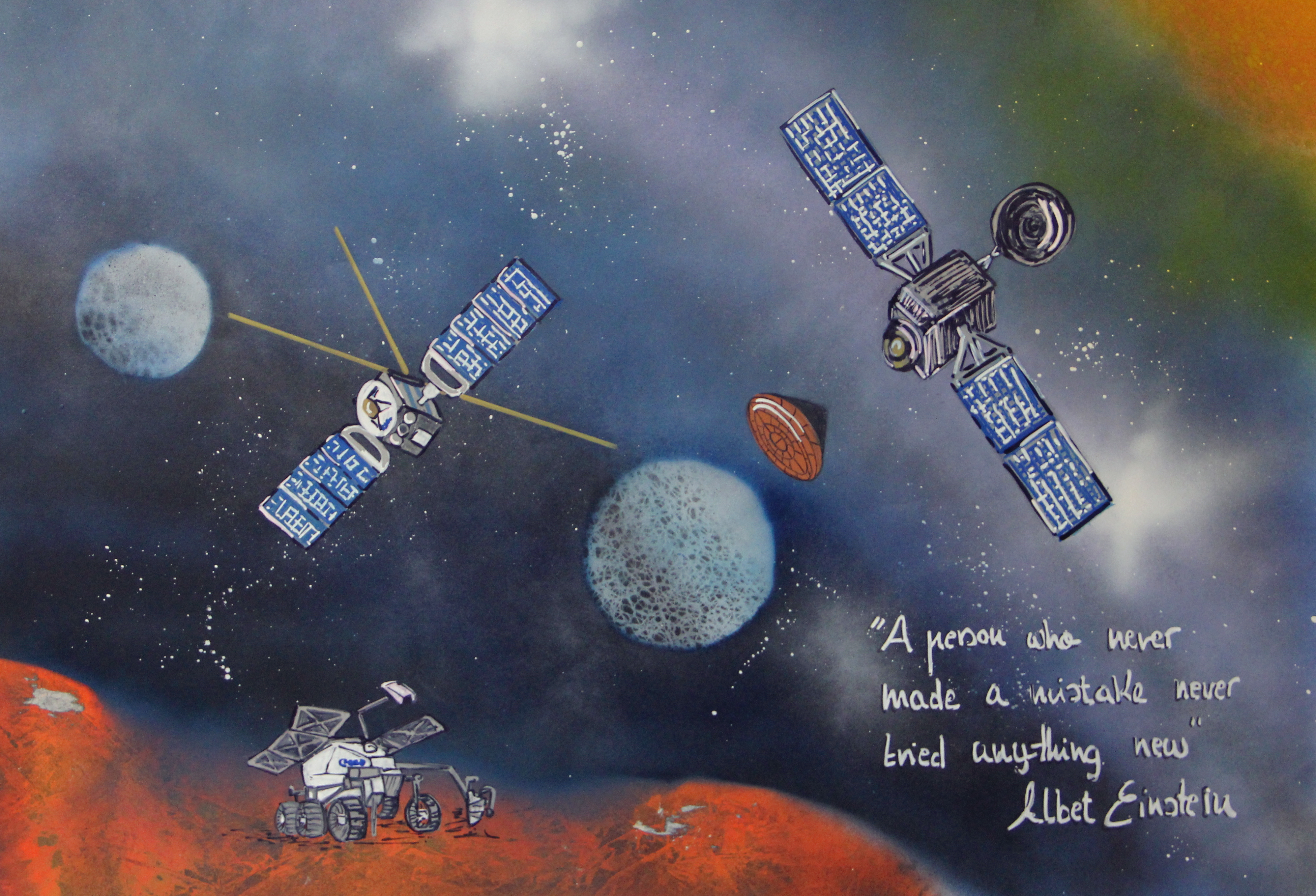 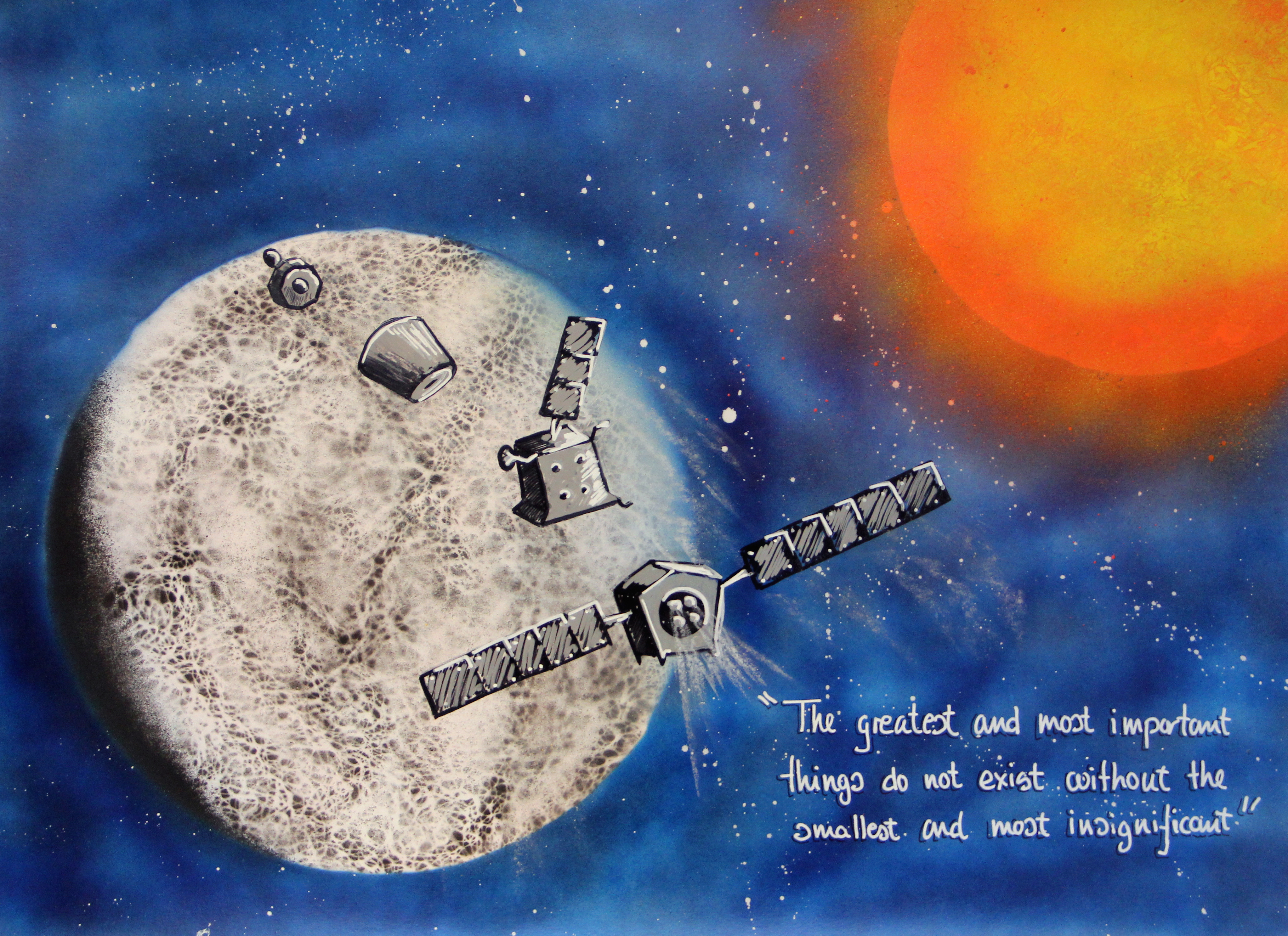 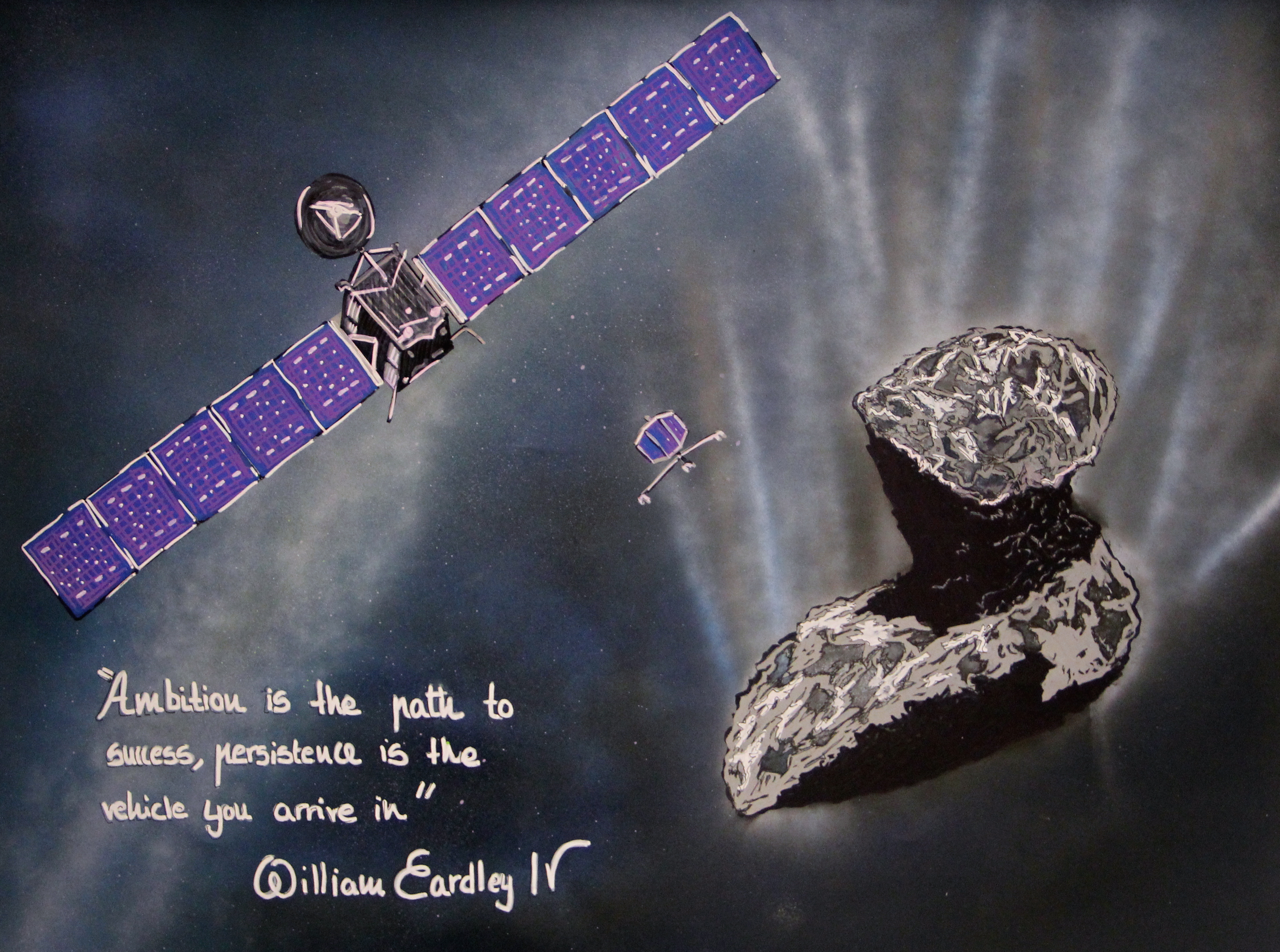