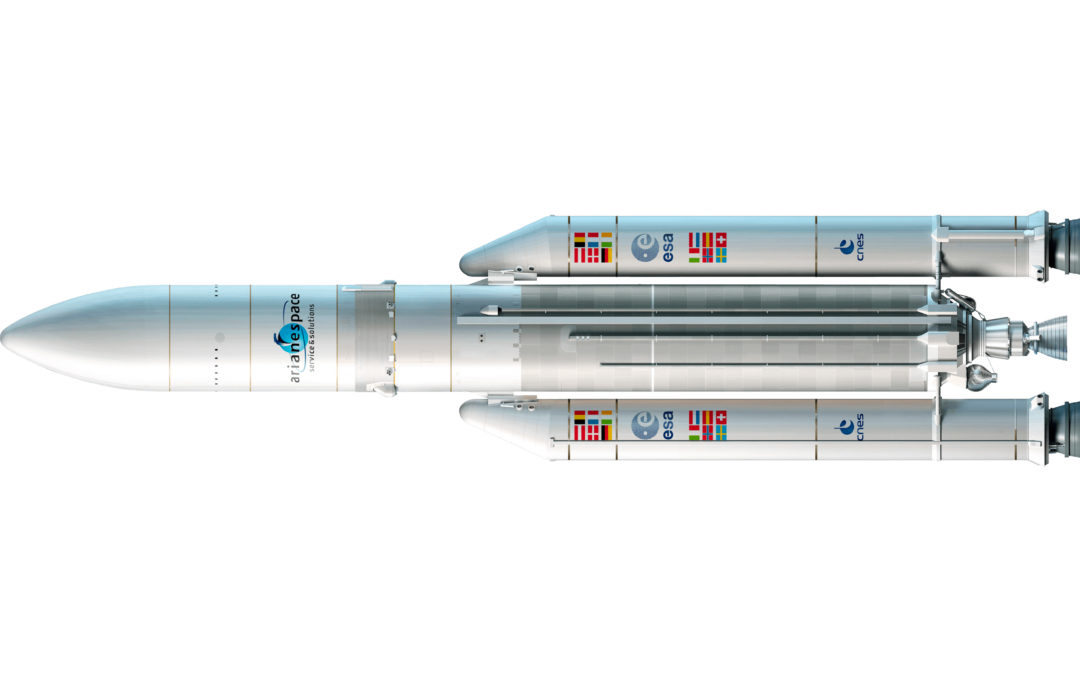 Once again we bring to you a new 3D scale model of a space exploration related object. Our most recent creation is the famous Ariane 5, ESA’s most powerful rocket currently in service. The model not only has fine details but it’s also detachable into the different stages.

There are different types of Ariane 5 rockets, for this project we have chosen to recreate Ariane 5 ECA:

Arianespace’s Ariane 5 ECA is the world reference for heavy-lift launch vehicles. It has a GTO (Geostationary Transfer Orbit) launch capacity of 9.1 tons for dual payloads or 9.6 tons for a single payload. Ariane 5 ECA rockets have accumulated 64 launches with one single failure (the first one), yielding an incredicle success rate. They were used in iconic missions such as Herschel and Plank, making it one of the most famous launch vehicles ever.

Their main structure is the following:

Solid boosters (EAP): Attached to the sides of the EPC are two solid rocket boosters. Each one contains about 240 tons of solid propellant, a mix of ammonium perchlorate (NH4ClO4) (68%), aluminum fuel (18%) and hydroxyl-terminated polybutadiene (HTPB) (14%). The Solid Propellant Motor (MPS) burns out the fuel in about two minutes, supplying a lift-off boost of 7,080 kilonewtons (in vacuum). After they run out of fuel, they separate from the main structure and are usually allowed to sink to the bottom of the ocean, however they can be recovered with parachutes for post-flight analysis. (Boosters are never reused.)

Cryogenic Main Core Stage (EPC): The EPC is the biggest stage of Ariane 5 ECA. It has two main components: A huge 24 metres high tank with two fuel compartments, one for liquid oxygen (LOX) and one for liquid hydrogen (LH2); and an improved Vulcan II engine at the base that burns the 170 tons of fuel in no more than 9 minutes, providing a thrust of 1,390 kilonewtons (in vacuum). Once the boosters separate (about two minutes after lift-off) the EPC is the only thrust source. After the main cryogenic stage runs out of fuel, it can re-enter the atmosphere too, for an ocean splashdown.

Cryogenic Upper Stage: The Cryogenic Upper Stage is on top of the main stage and below the payload. In this stage a HM7B engine is fueled by 14 tons of liquid oxygen (LOX) and liquid hydrogen (LH2) mixture, providing a final thrust once both the EAP and EPC run out of fuel.

Fairing: On top of everything, after the four engines and tons of fuel, is the fairing. The fairing is used for aerodynamic stability and protection from heating, it covers the top of the second stage and the payload. Once sufficient altitude has been reached (typically above 100 km) the fairing as no more use and is jettisoned.

Our model of the Ariane 5 ECA is precise and detachable, the four main structures are recreated in detail and can be separated from the rocket to examine them. Moreover we offer the possibility of adding satellite scale models as payload, for example, Plank and Herschel. 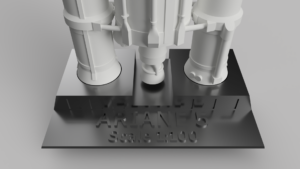 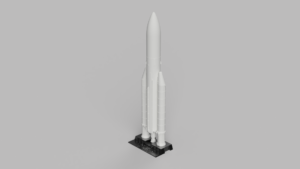 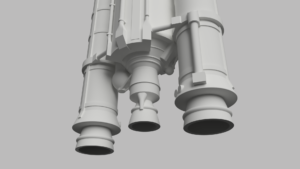 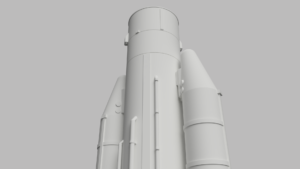 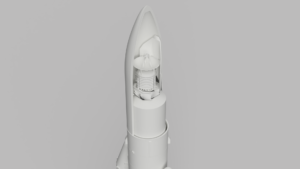 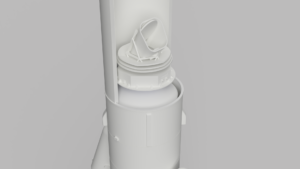 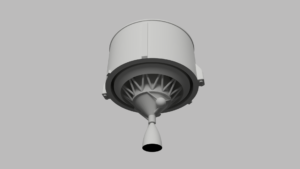