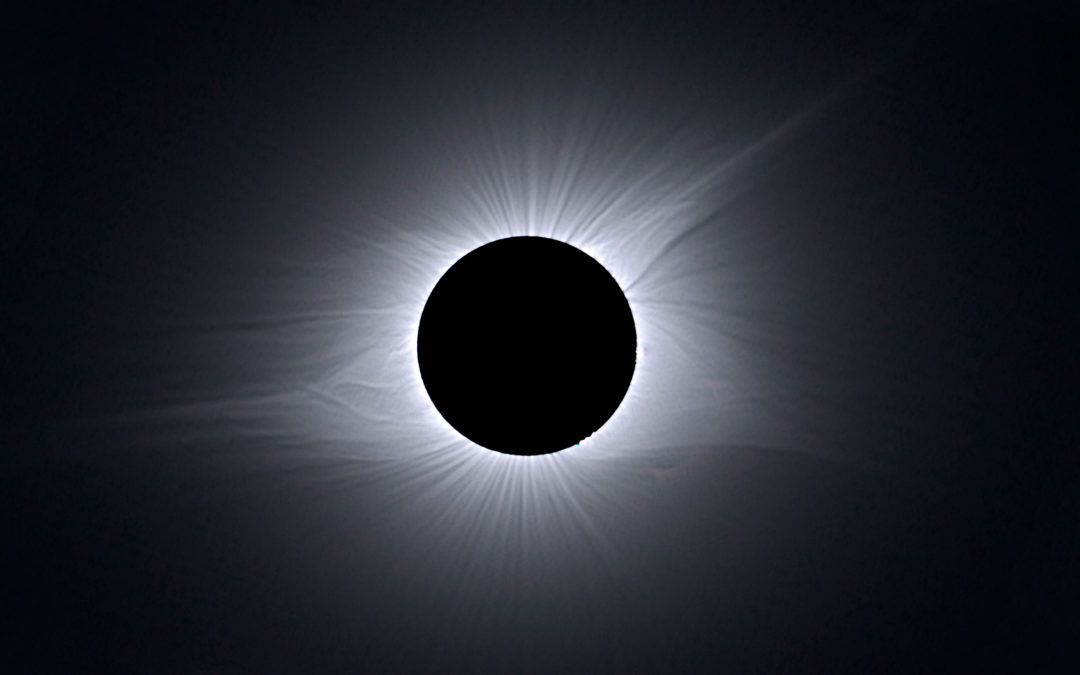 On August 21st 2017 a total solar eclipse occurred, and at Space Robotics, we had to do something about it. To help those in the USA enjoy it, and to approach it to anyone elsewhere, we built the 2017 Total Solar Eclipse App.

A total solar eclipse seen from the Earth is an astronomical event that occurs when the Moon is placed between the Sun and Earth blocking the whole Sun disk from the Earth’s point of view. This is really an extraordinary event. Moon’s orbit is tilted when compared to Earth’s, so solar eclipses are usually not possible because the Sun, the Earth and the Moon aren’t usually in the same plane, thus its impossible for them to be aligned. Only during brief periods of Earth’s orbit these planes come together, and only then, there’s a chance for an eclipse. Even if the planes come together when the three celestial bodies align, we might not be able to see a total eclipse. The distance between the Earth and the Moon changes periodically, sometimes it’s closer and sometimes further away, that’s why some days the Moon appears to be bigger. If during the eclipse, the Moon is not located close enough to the Earth, me Moon apparent size won’t be big enough to fully block the Sun disk, and the eclipse wouldn’t be total. A total solar eclipse is definitely something extraordinary, and when something like this happens, we might as well enjoy it. To help those in the USA to follow the eclipse and to approach it to anyone elsewhere, we built the 2017 Total Solar Eclipse App.

This easy-to-use app weighs less than 1Mb and may be downloaded for free at the PlayStore. Once started, the app lets you change between four life channels: 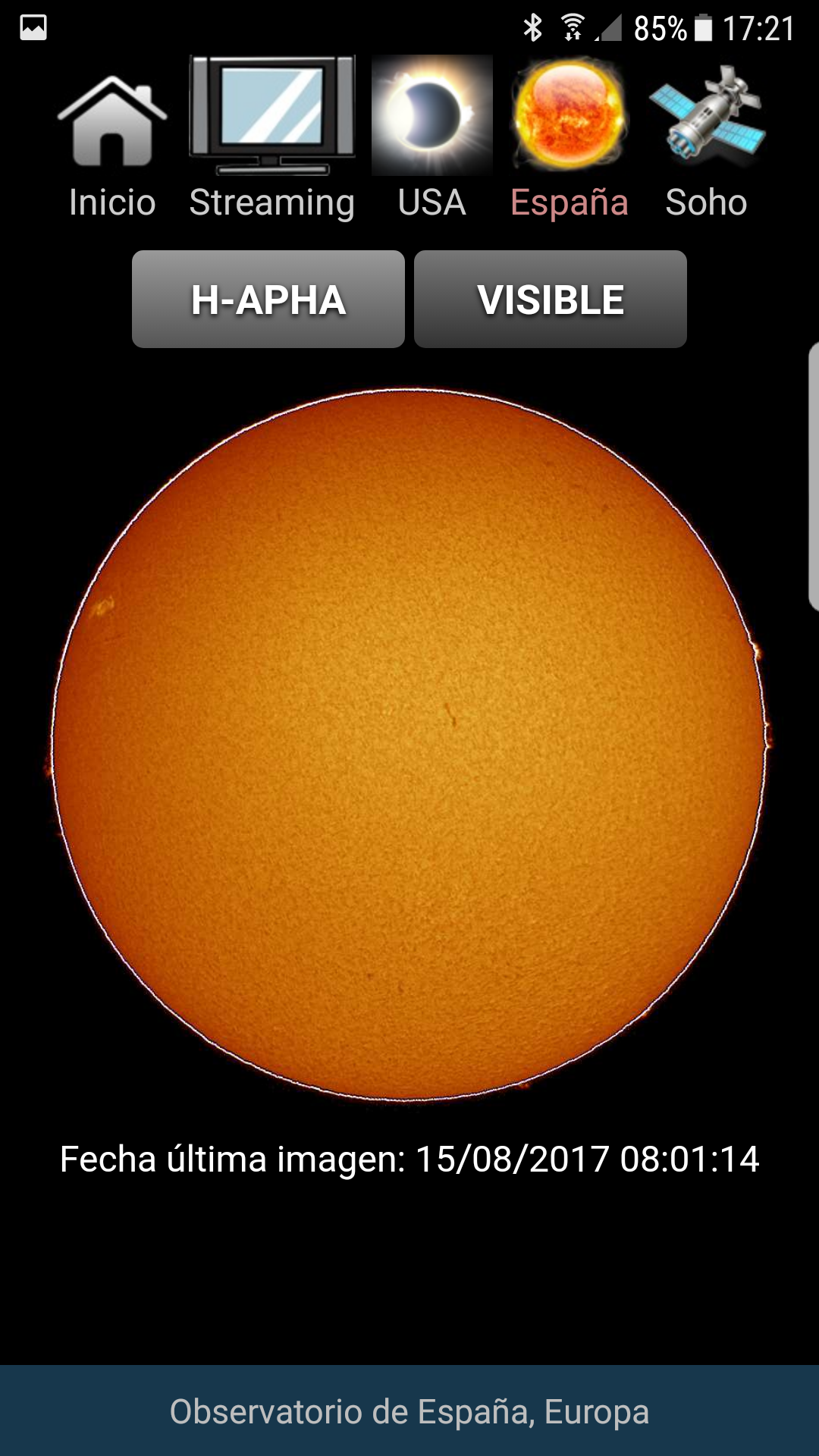 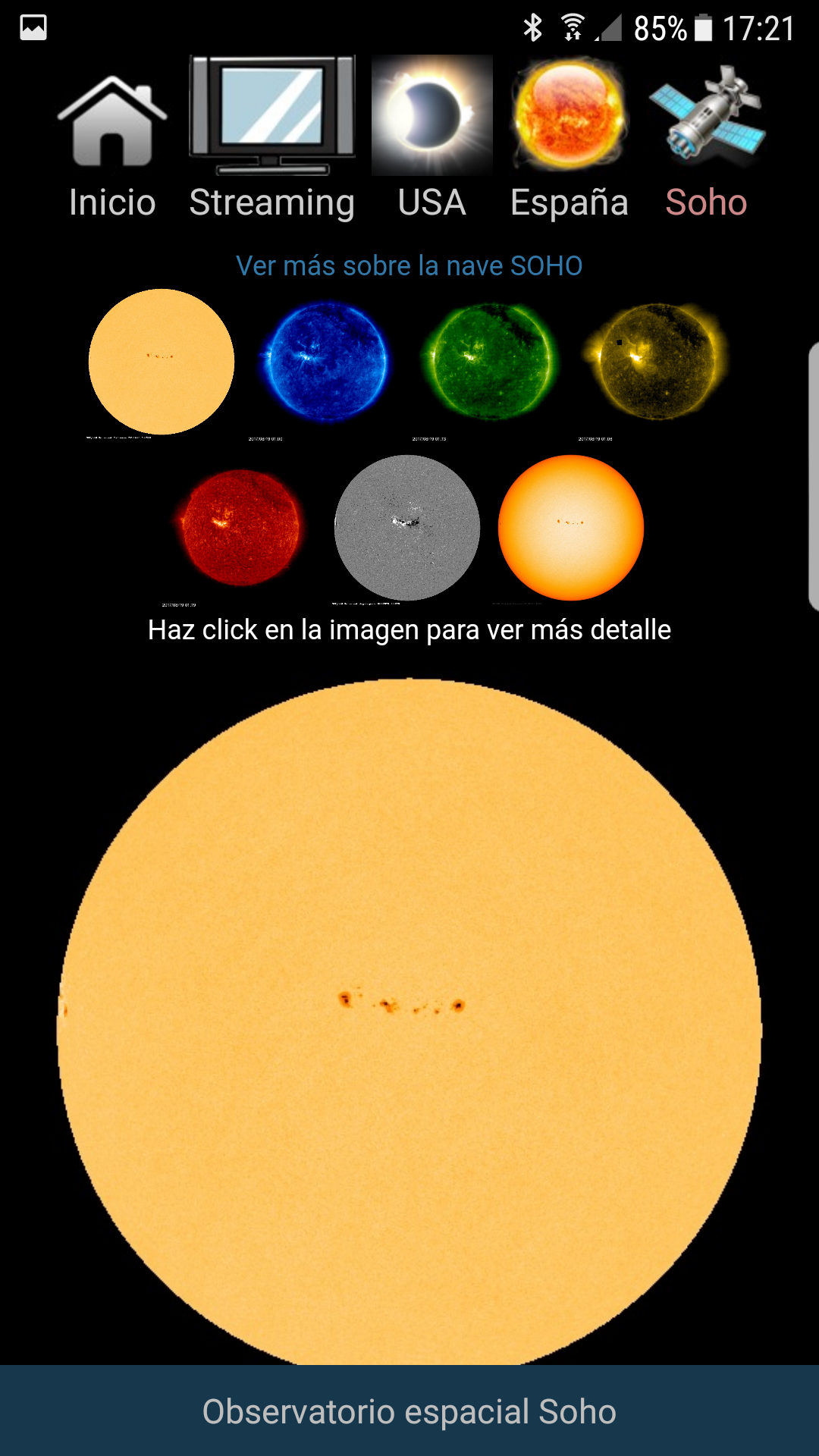